I took a couple weeks off writing in my blog to try and focus on other areas of my life. My commitment to trying to write something here every day was getting pushed farther and farther into the day and the results were not good and it merely compounded my exhaustion. I'm a feeling a bit more refreshed and caught up these days. Hopefully it's a trend that can continue!

Some things I've liked since around July 27th or so:

1. I've taken up painting in my downtime to relax. There is something meditative about the additive, messy process and the sometimes glacial place with which the thing you're working on builds. Sometimes you throw a few strokes up and it feels done. Other time it's adding subtle, washed out layers one day at a time, a little touch-up here, a little touch-up there.

They're not good but I'm enjoying the process. 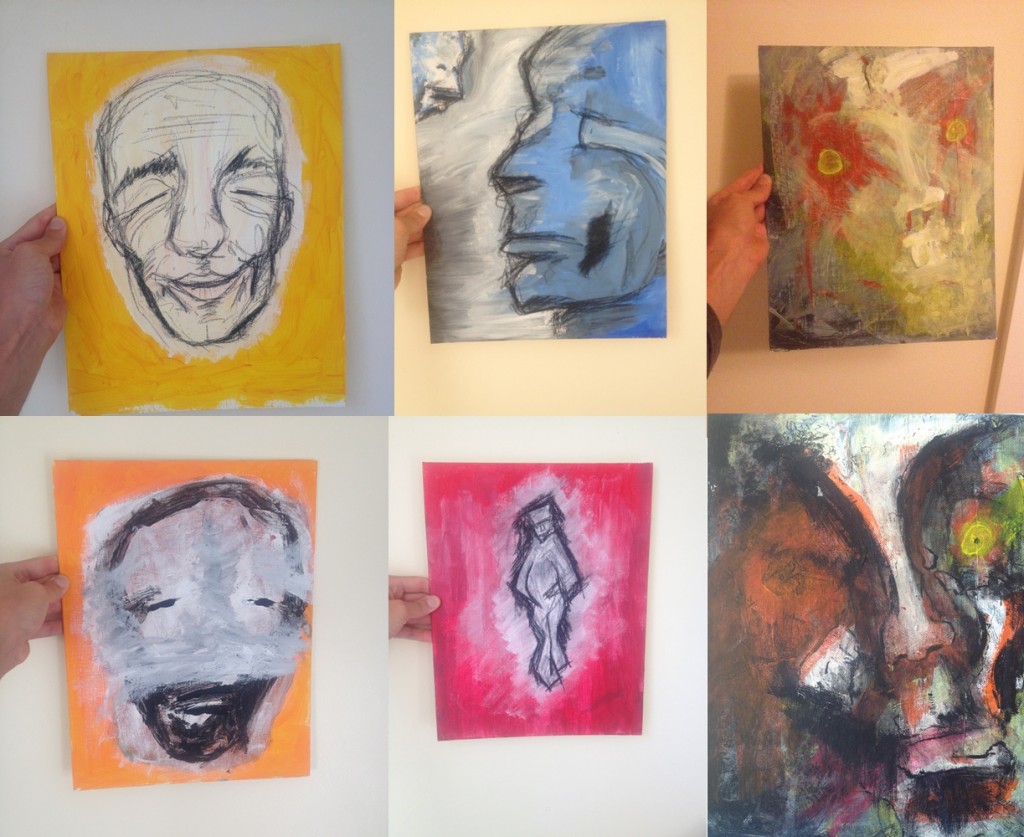 I kinda like they look scaled-down and flattened on the screen. It's also fun to take super close-up, out-of-context, slightly manipulated photos too: 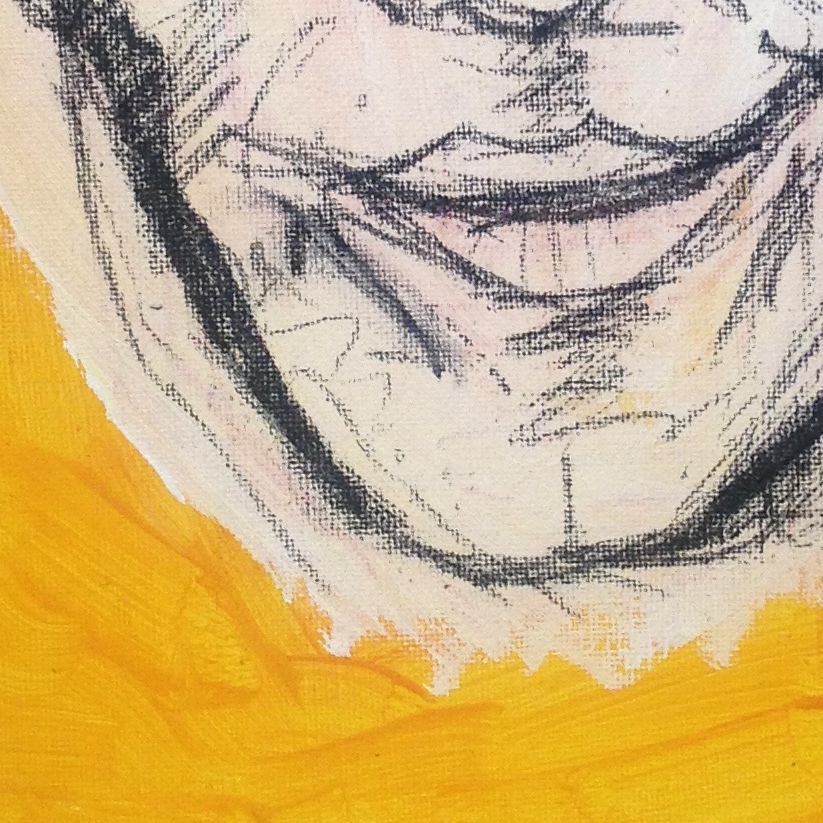 2. Bicycling. Lots of it. On Sunday I biked all the way out to Multnomah Falls along Historic Columbia River Highway (U.S. Route 30). I wrote this previously when I biked out towards the Stark Street Viaduct to scout this trip partway.  I'd only intended to go about halfway and turnaround at Vista House: 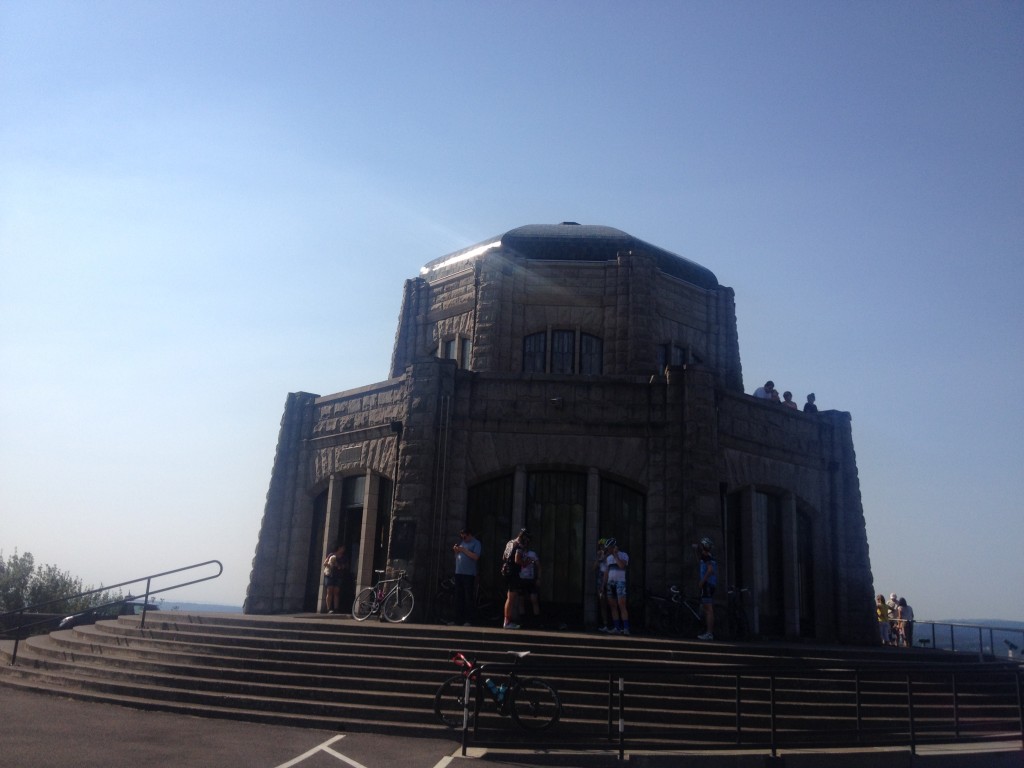 But then I saw all of this beautiful downhill action ahead of me if I pressed on towards the falls... 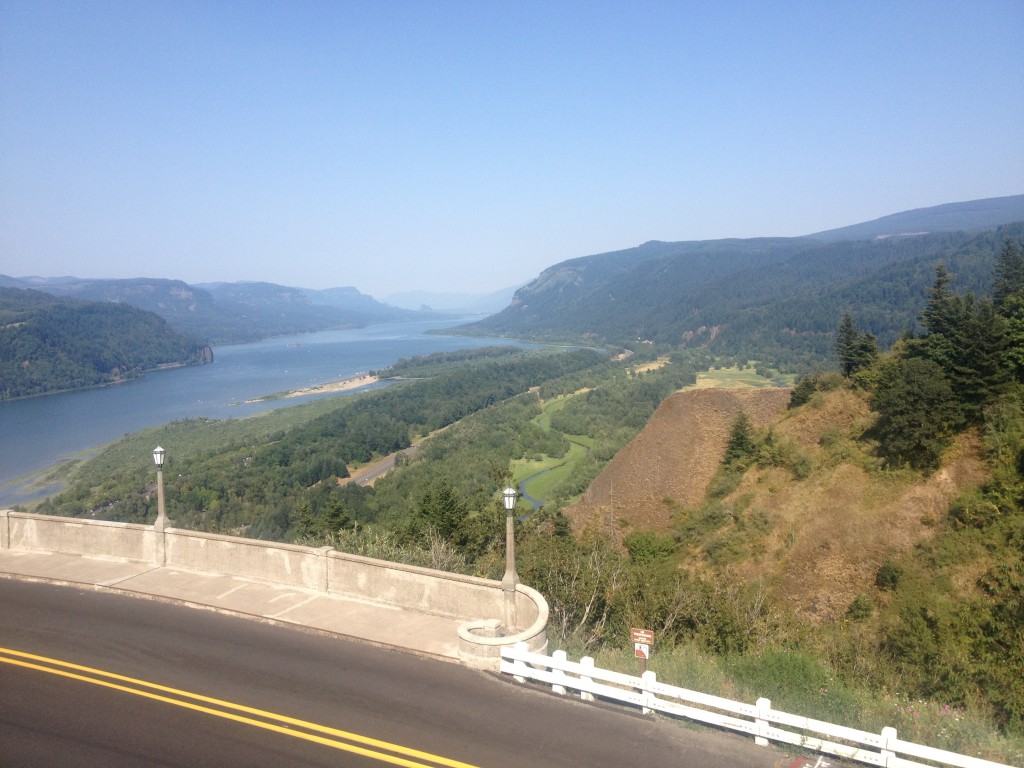 So I did it. And it was beautiful. The remainder of the way from Vista House to Multnomah Falls feels downhill (Which means the way back home is excruciatingly uphill — a thought that crossed my mind after a mile or two of coasting.), mostly in the shade, punctuated with glimpses of the gorge and pockets of cool, mossy river air pelting you in the face.

The only thing that could've made it more summery was an ice cream cone. So I did that: 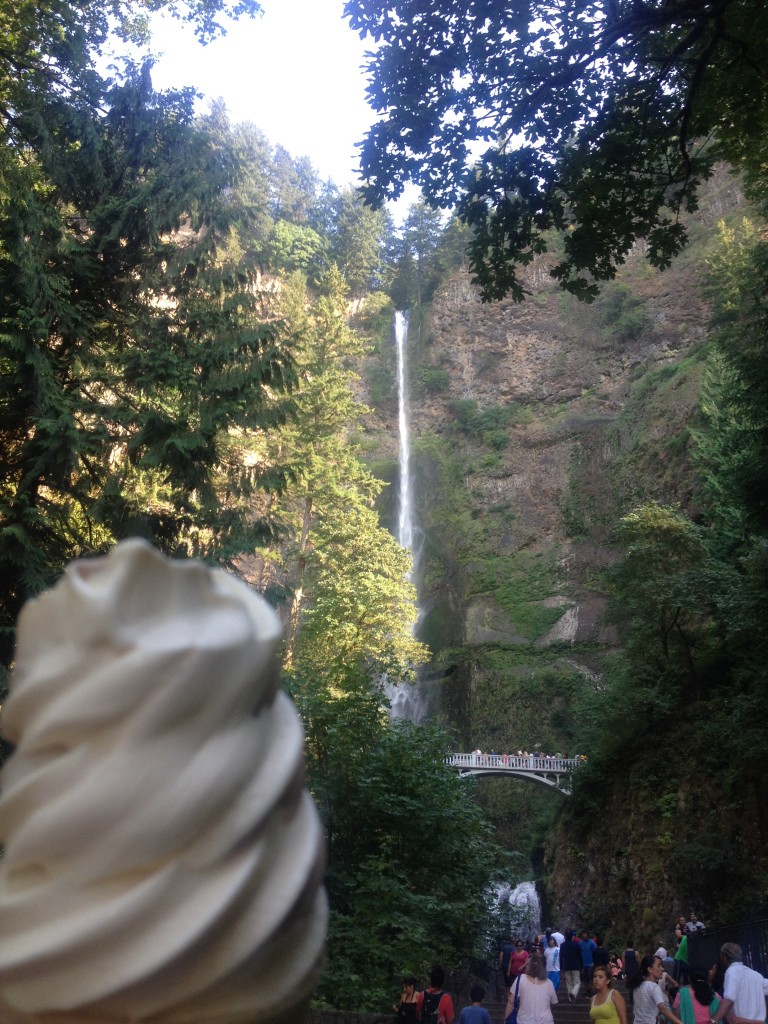 It was around 62 miles roundtrip. I'll write more about it sometime soon.

3. A couple gigs in the park (including a great one today!) with my group and some new recordings. The latter was a reason to buy a microphone for my guitar — something I've been very pleased with.

4. Coffee with friends, in-town and out of town. Particularly ice coffee these hot, humid days in Portland.

5. Speaking of that: this heat. Even when it leaves me feeling like I basically jumped into a swimming pool with all my clothes on. Despite all the reasons it's not a great idea it's also my favorite weather to go running in. Which leads me to...

6. Running. Specifically: running with people. I kept up my resolution of enrolling in one sanctioned running event every month by participating in the Beaverton Sun Run with some friends. It was supposed to be a 10k but we all felt fairly certain is was closer to an 8k. On the positive side: our times looked really good! I have a last-minute Hood to Coast run on my wish-list for this month but I'm not getting my hopes up. Besides, it's quite a bit more expensive and I have some fun things on the horizon I may do better to save for...

7. I went to go see The Budos Band at the Wonder Ballroom. They're on Daptone Records which is probably best known for Sharon Jones, but I love just about everything associated with that label.

8. Work, work, work. So busy. The kind that pays and the kind you just need to do for yourself sometimes. It's good to be busy.

9. Somewhat related I've started keeping a "Things Done List" alongside my to-do list. Sometimes things from one-list to the other and other times — oftentimes even — things have a way showing up on the "done" list that were never on the "to-do" list to begin with, or were at least well hidden. Similarly I've updated the local version of my worklog script to better track my hours and translate those minutes into actual dollars. You'd think that 7+ years into freelancing I'd have a great sense of this stuff or learned all these tricks by now... I learn things slowly via many failures and stutters.

10. I had a lovely, extended-family visit over the weekend and saw most of my family. While I was there an opportunity to return to Serbia and visit our previously-long-lost-but-now-rather-found family in Serbia has presented itself. A couple months from now for a few weeks, this time also visiting family in Croatia. I'm finding I do well with small/medium/large goals on the horizon and this trip fits nicely into the medium-big goal category, and in a slot of time I'd previously penciled in for some kind of vacation but wasn't sure what yet.

So there you go... Ten things to like over the past couple weeks.

Oh I'll go ahead and add #11: this frog I found outside Portland Nursery on my walk earlier this evening: 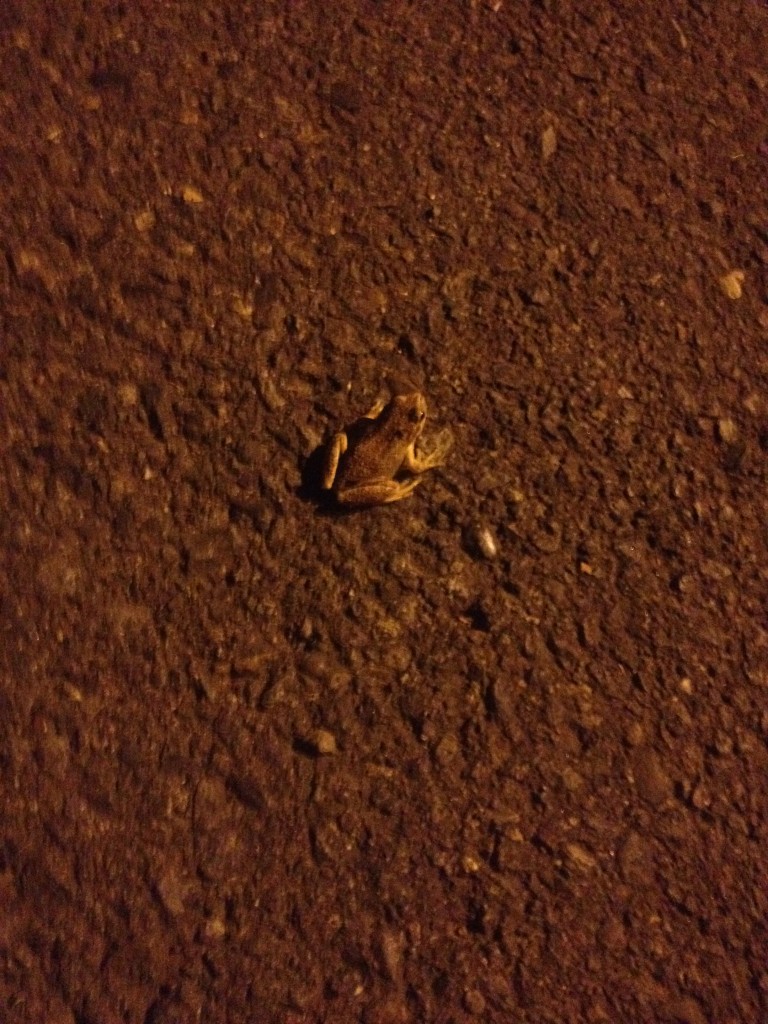 He was kind enough not to hop away when I kneeled closer to take a better picture.

That's it for now. Back to more regular writing I hope.