This summer I have some long-standing bicycling adventures I'd like to turn into a reality. Some of them are smaller day-trips I've done before but want to revisit — trips to Sauvie Island and along the Springwater Corridor. A longer one I hope to do in August involves biking out to Astoria. An inbetween one that's been on my list a while though is biking out to Multnomah Falls. There's a popular cycling route out that way that goes along the Historic Columbia River Highway.

I got too late of a start today to do the full thing so I decided to bike out to where the old highway begins out past 257th and Stark in Troutdale just to get  a sense of the distance and general bikeability out that way. I was pleasantly surprised that it took me only an hour to get from around 40th and Belmont to the Start Street Bridge which is more or less where the old highway begins.

Along the way I crossed over the Stark Street Viaduct which was something I knew absolutely nothing about: 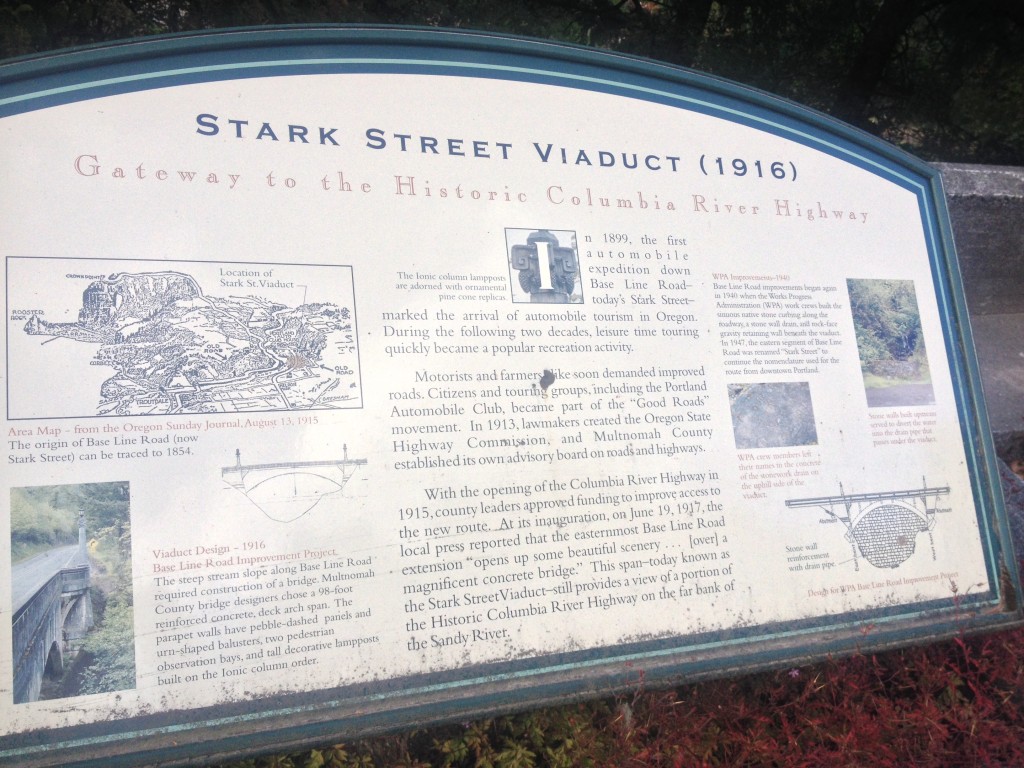 It turns out it was an old WPA project (I don't know if it's worth recounting all the tangential Googling that lead to this, but I also found out that the sort of odd and out-of-place looking mural at the post office on SE 7th was an old WPA project too. More accurately it's a recreation of an old WPA project.). It comes shortly before the Start Street Bridge which was not a WPA project but was built around the same time in 1915 for about $21,000. 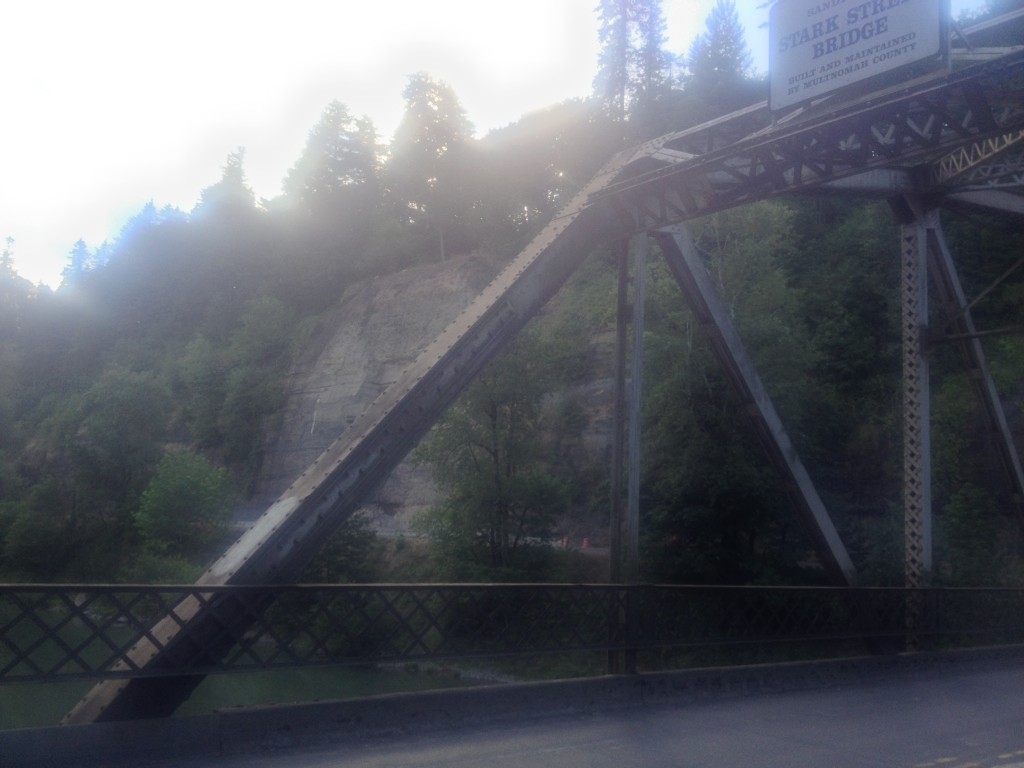 I look forward to further explorations down the old highway. The cool pockets of river air and ample shade cast by the trees and hills is wonderful this time of year and this summer in particular, which has been a warm one. In a strange way it reminds me of biking around Penang, but with fewer monitor lizards and durian farms :-) 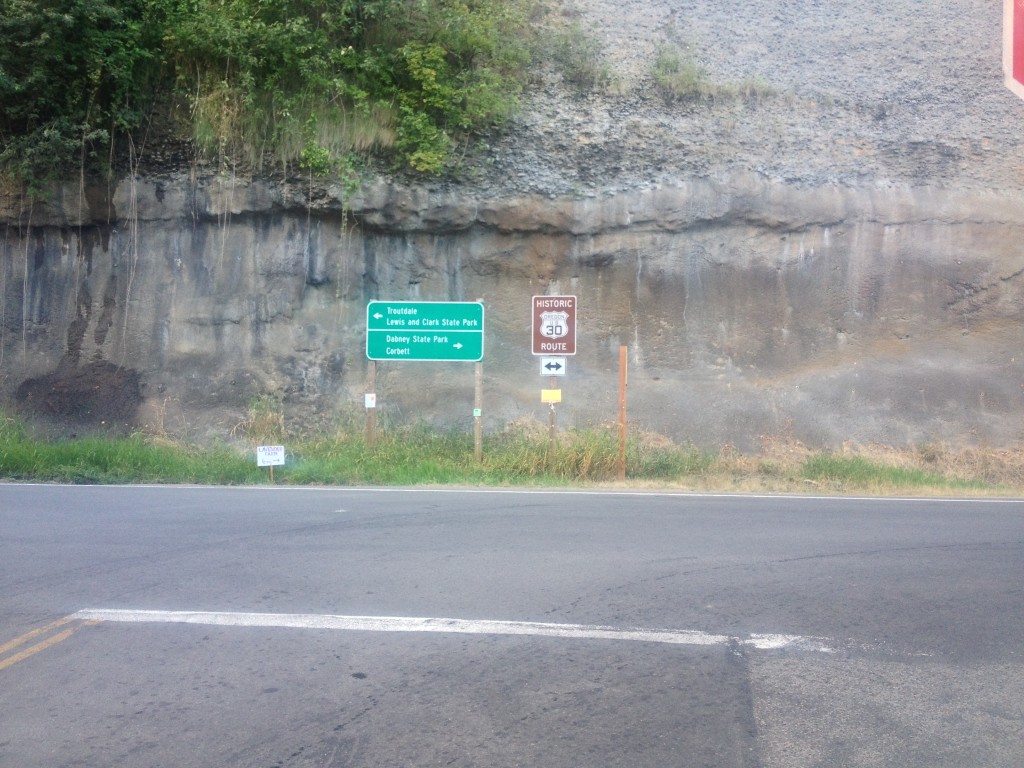 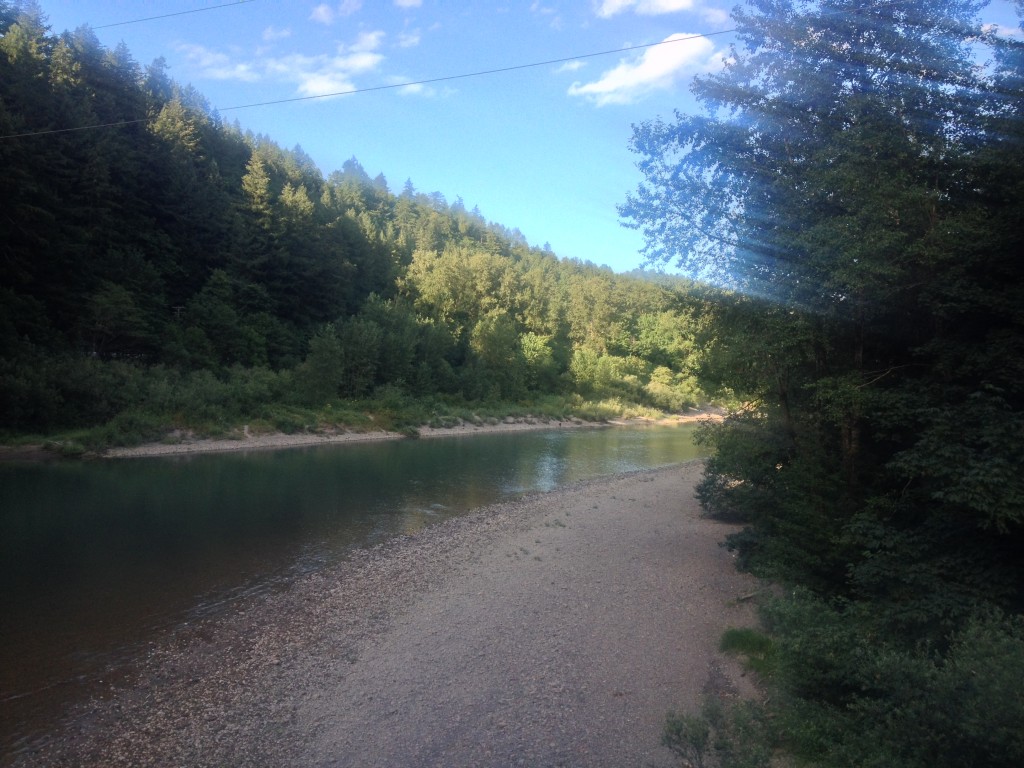 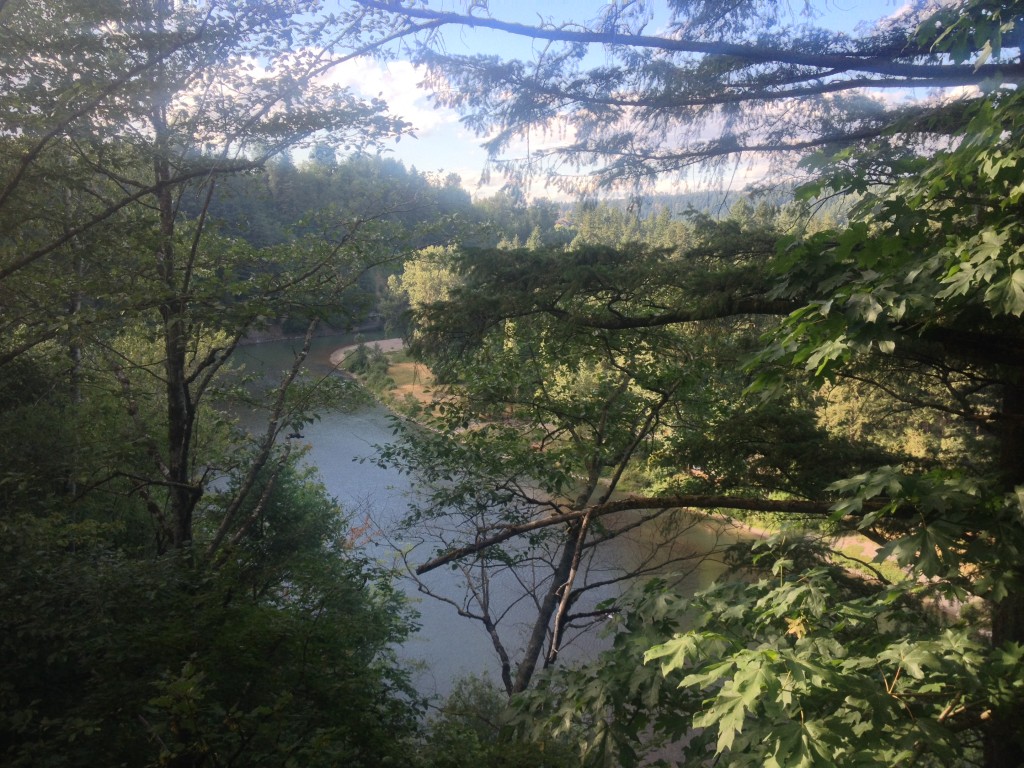