I'm not sure why Japan is on my mind so much these days, but it is. I feel like I spent much of my time in Tokyo being far too aware of the 5.0+ earthquakes (I was told that ever since the big 9.0 earthquake that hit Japan in 2011 that earthquakes have occurred with much more frequency. In my month there I noticed at least 4 earthquakes, each of which was probably as big or close to the size of the largest earthquakes I'd ever personally experienced before.), visiting the sentō and mentally preparing to be back in the U.S. for the first time in about a year via Hawaii.

But I'm also thinking about the food. I ate a lot of  kimchi, even though it's a Korean dish. I grew very fond of nattō beans — a kind of fermented soy bean that's popular as a breakfast food. It had a unique smell, flavor and texture that's hard to describe in appetizing terms (I had a similarly positive but hard-to-describe in delicious terms experience with durian), but I became quite fond of it. Truthfully it's the beans and abundance of green tea products I think of and miss most. It's a common brand and certainly far from the best green tea money can buy, but I became fond of drinking Ito En teas — you could get them almost literally everywhere and I found them refreshing.

I was pleased to find that Whole Foods and New Seasons carries them here in town! The label contains more English than the ones I bought in Japan (Read: any English), which was a little interesting but also simultaneously disappointing. I sort of enjoyed the mystery of not knowing much more than the color of the beverage I was purchasing.

My favorite thing though had to be the purple tentacles you could buy at 7-Eleven: (I had a polite disagreement as to whether or not 7-Eleven was an American or Japanese company with my host. I insisted it was American, he insisted it was Japanese and was surprised to learn we had 7-Elevens where I lived. Who was right? Well, the answer depends on how you look at it.): 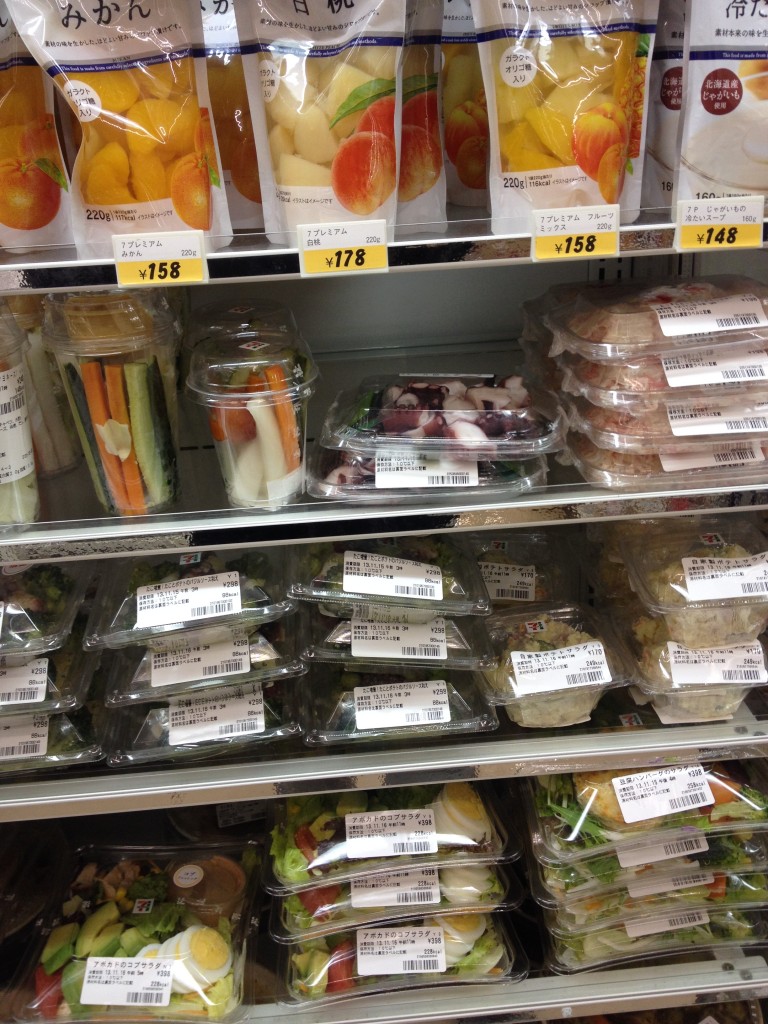 Bringing my trip somewhat full circle they also had maté available in Japan, but it was a decidedly different beast than the beverage I'd grown to know in Uruguay and southern Brazil. That had looked more like this: 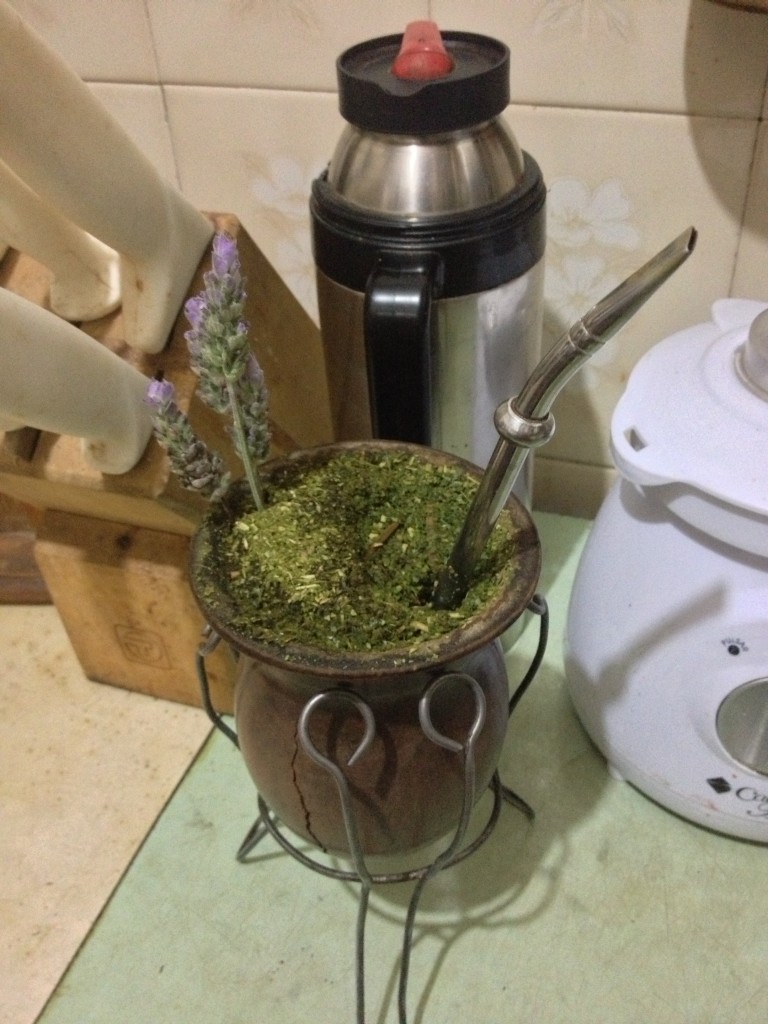 For your viewing pleasure, and without proper introduction or any attempt to weave this into a cohesive narrative, please enjoy these photos of some delicious, homemade miso soup, the fancy coffee machine at 7-Eleven that grinds, brews and dispense your coffee with a single button and a claw crane game where the prize is a tube of Pringles. 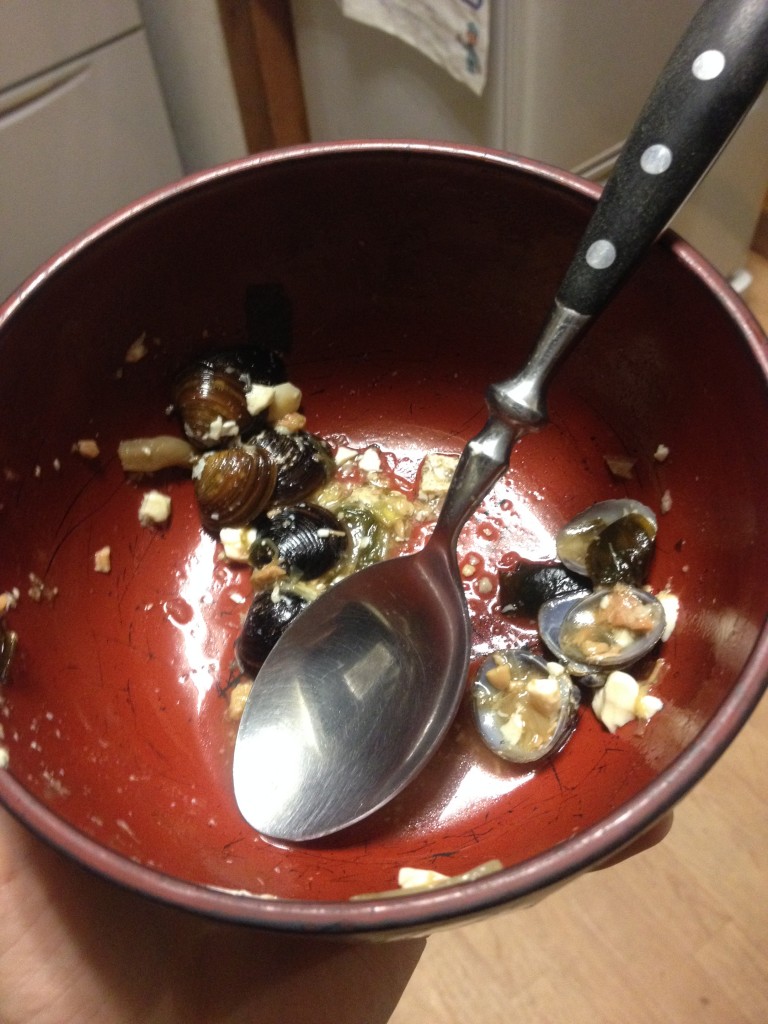 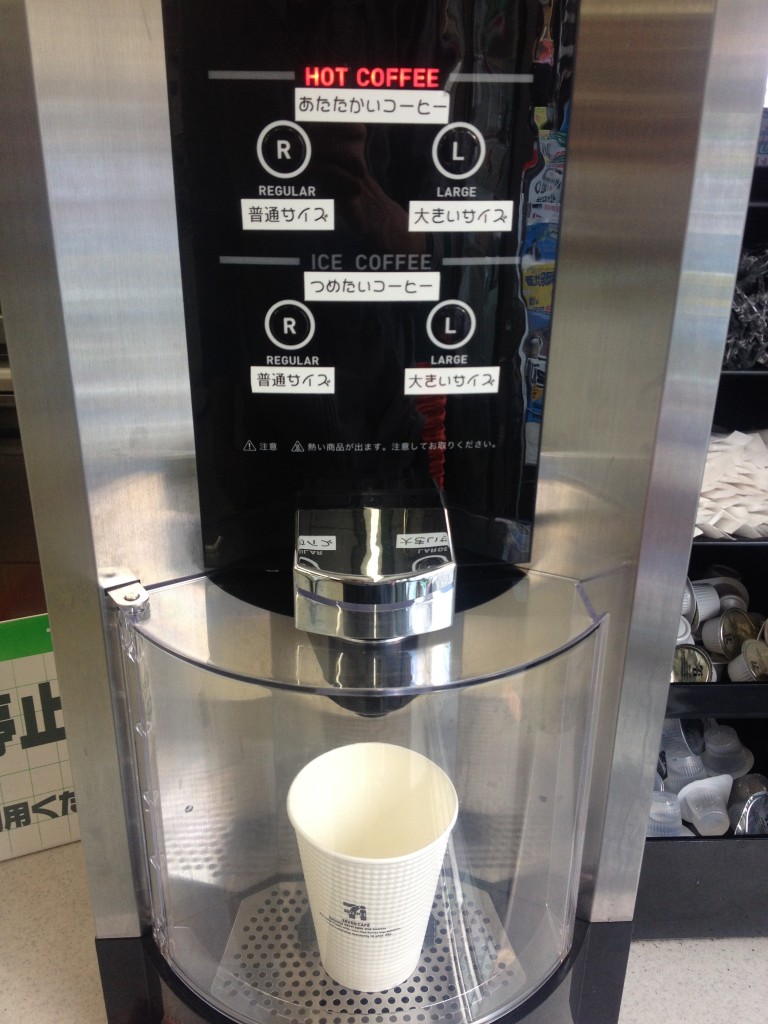 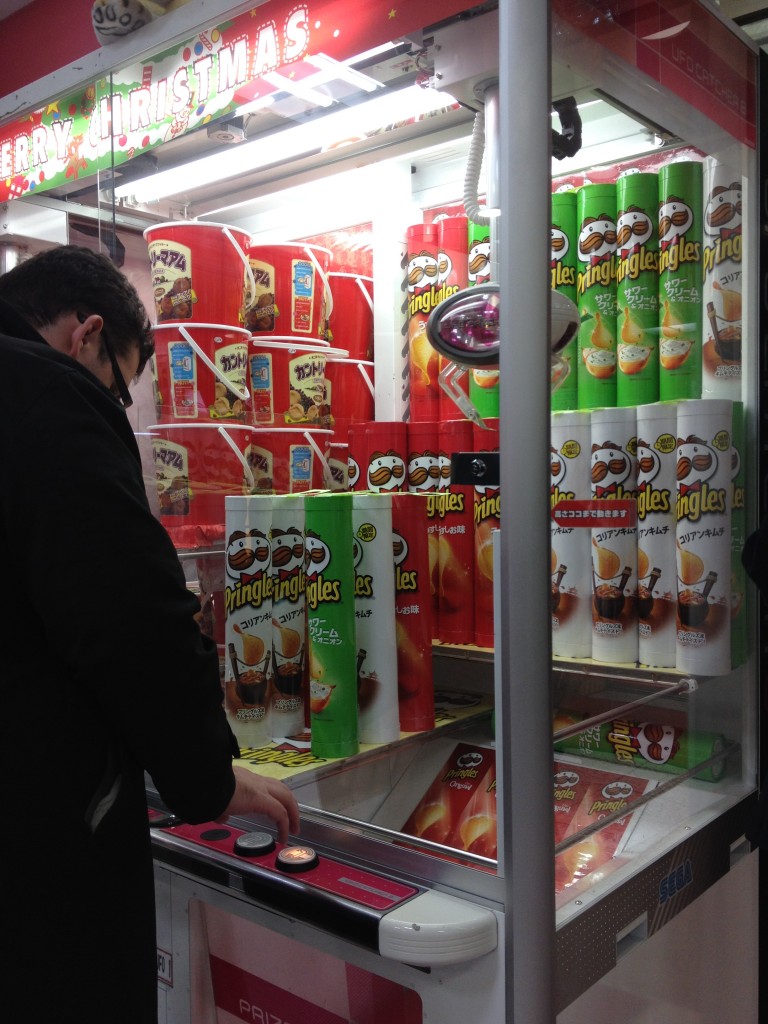