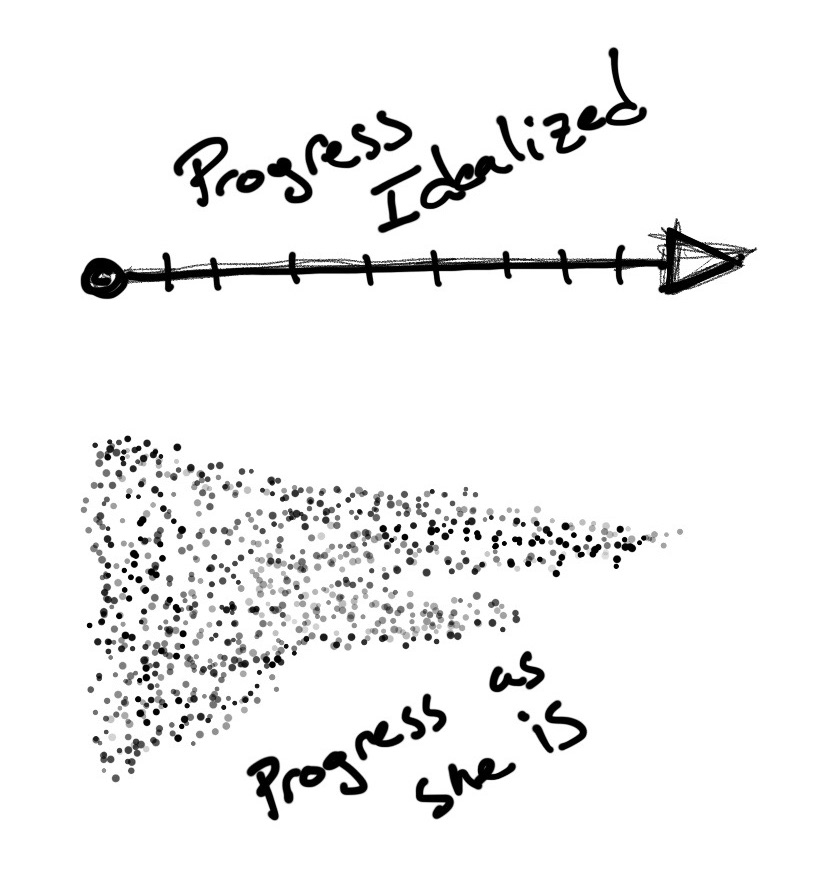 ...not a single point moving forward on a horizon.

Progress is a wave crashing on the shore, every particular chasing or leading another. An impossible-to-map coastline with a farthest point into the shore, but when you look at the countless points behind it, struggling to meet it, can you really say the tide came that far?

I think about this sometimes when I read the news. We land on the moon and keep miraculous machines in our pockets but still have to content with flat earth societies and the KKK, in 2017.

Progress is an unstoppable forward motion, but it's momentum carries remnants of the past alongside it. I have no doubt we will someday have autonomous vehicles, robots doing most of the world's labor and start to build colonies on mars. At that time there will still be at least a few uncontacted people somewhere in the world, steadfast members of the KKK who refuse to lower their confederate flags, conspiracy theorists that cry false flag at every tragedy, dangerously short-sighted nationalists, homophobes and other flavors of xenophobe preciously clinging to whatever it is that fuels their futile ethos.