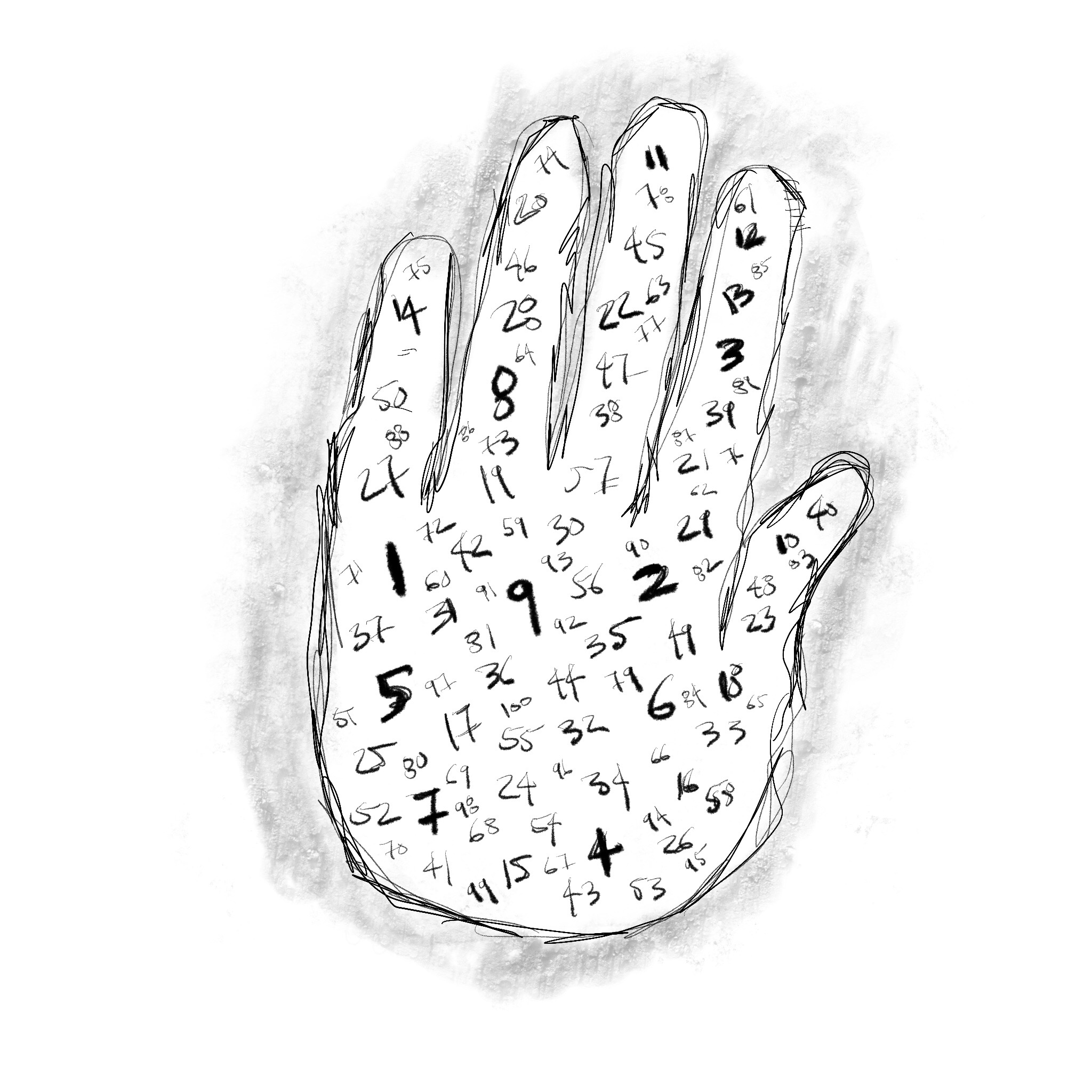 This story is about the time I accidentally discovered Chinese number gestures in a back alley in Beijing, haggling over shoes I'd later wear as I bowed before the bodies of North Korea's two previous leaders at Kumsusan Palace of the Sun, where they lay embalmed under glass, skin taut, still as plastic toy soldiers, during that time we botched the bowing ritual and unintentionally disrespected the Kim Il-Sung, before correctly paying respect to Kim Jong-Il.

Every word in that sentence is real, surprisingly, and probably a story worth writing. But it's not this story. Today, we're going to talk about counting on your fingers.

Last spring I visited Beijing before making my way to North Korea for the Pyongyang International Marathon. It was my first foray into mainland China. The thought was I'd stay the first week in Beijing to get acclimated to the timezone change and continue running around the city to stay in shape.

The latter half of that plan didn't happen on account of the pollution, which was remarkably awful. I hear stories of China's booming economy, but walking around in Beijing I couldn't help but think "At what cost?"

But this isn't a story about pollution in China either. Or economies or marathons in countries under dictatorships. This is about counting on your hands.

One of my favorite things about travel is how much variety there is in the world, and also how much underlying similarity there can be. Preconceived notions and world views are constantly challenged, and it's glorious. It lubricates and utilizes the pathways in your brain you'd either forgotten about or never fully explored. The problems in the U.S. can almost be drowned out to whispers when you're thousands of miles away — though this observation comes from the innocence of a pre-Trump world. Going forward, I'm less certain that will be the case...

Some things you assume to be fairly universal. A smile is usually friendly. It never hurts to laugh. Always learn please and thank you, because every language has them and everyone, everywhere will appreciate it.

Oh, and when in doubt or confused about numbers, you can always count with your fingers. Right?

I learned something walking through the markets in the alleys of one of the working-class neighborhoods in Beijing. I was looking for shoes, a shirt and a tie to purchase for the one formal day we'd have in North Korea. I'm not one for packing heavily and it seemed easier and cheaper to purchase these things when I arrived.

The day before my departure to Pyongyang I'd found the shirt and the tie, but still hadn't settled on shoes. Finally, sitting on a table outside on a glorious spring day, I found them. The chintziest-looking, black, faux-leather shoes perfectly suitable for formal occasions in rogue nations.

For some reason, I asked the man manning the table how much. That's pretty much an invitation to pay 100x the price.

He flashed a hang loose sign at me. I was bewildered. Was that... Two? Eleven? Something... else?

I'm not a great bargainer, but one thing I've learned is if you know what you want to pay for a thing it's always better to lead with about half that amount, and never ever ask, like I had.

I decided to pretend I'd understood and simply write down the number I wanted to pay, assuming whatever he'd intended was almost certainly more.

On a little notebook I like to carry in my back pocket when I travel, I made my opening offer: $7.

He glanced at my chicken-scratch on the grid paper, smiled, shook my hand and handed me the box with the shoes.

Well, shit, I thought. I probably could've had those for something like $2.

Later that night I was still thinking about the "hang-loose" gesture he had initially signed. For the rest of the day I'd paid special attention to other people bargaining over items and noticed a slew of recurring hand gestures I wasn't familiar with. An "L" shape between the index and thumb, a single index finger to the air, a "hooked" index finger and a fist. This was not how I'd been taught to count in kindergarten.

After a bit of Googling — which I was able to do via my phone because, as I discovered, although Google is blocked in China, if you have an American SIM card in your phone Google is not blocked, and neither is Facebook — I stumbled across the Wikipedia page on Chinese number gestures. It seemed to describe what I'd seen perfectly!

Counting on your hands from one to five is the same as it is in Western culture, and I'd be willing to guess just about every human culture on earth, though I'd love to find the exception to that rule. Six through ten however is where the additional gestures come into play, which you can see in this video:

You know what 6 looked like? It looked like a hang-loose sign. Of course. No wonder the man had smiled when I wrote down 7. Little did he know, I wasn't overpaying him — I was tipping him for teaching me how to count on my hands!