I visited my parents for my dad’s 66th birthday and found a box of my grandfather’s old things that I’d never seen before. There were lots of interesting notes about his time working in Saudi Arabia in the 1940s, 50s and 60s, as well as a plaque with his name on it that almost compels me to abandon my nomadic tendencies and get an office just so I could hang it on my door: 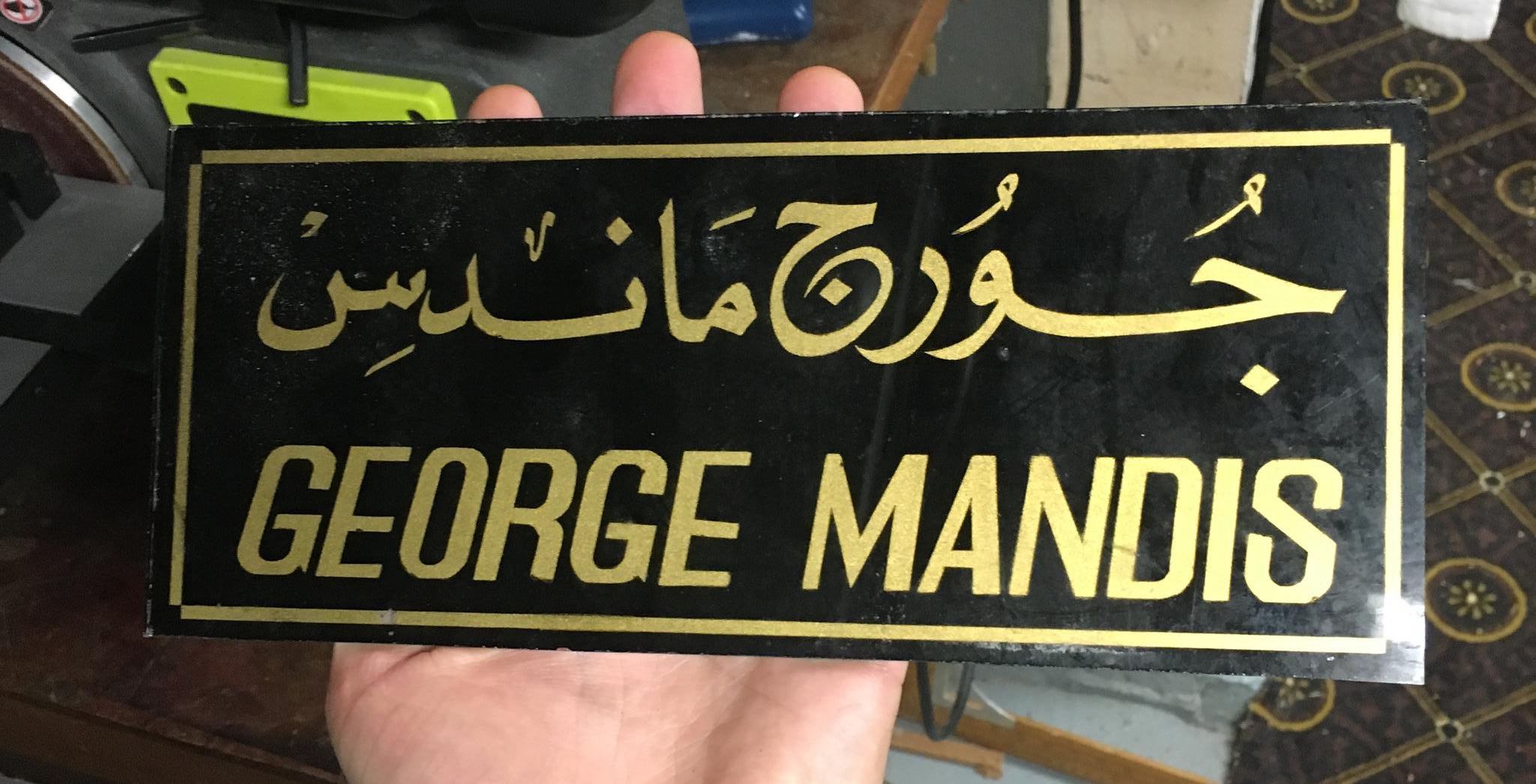 More interesting to me though was a section in one of his notebook’s labeled “Pet Projects.” It read like someone planning what to do in his retirement, but in a way more beautiful and poetic than a simple list. 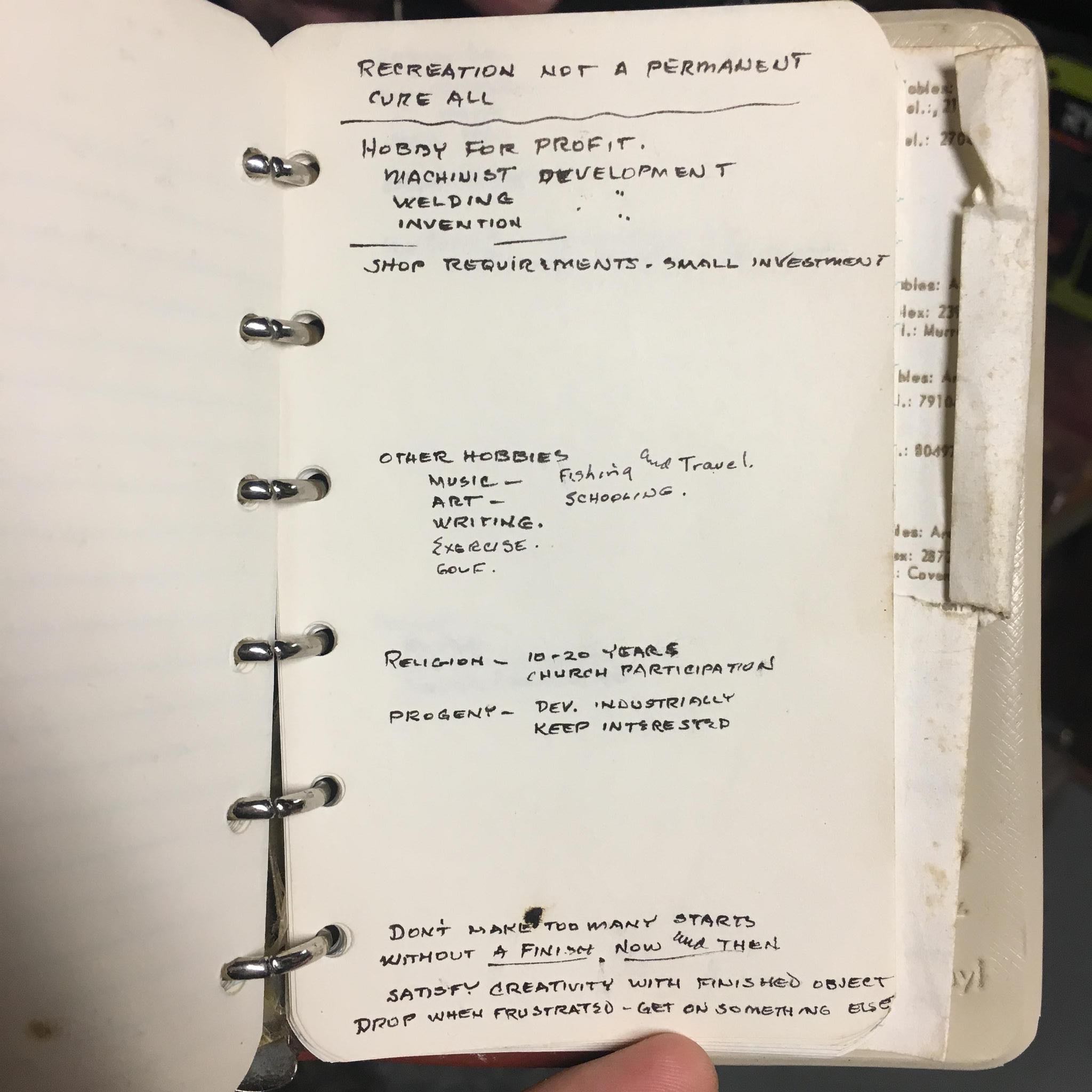 It was a little like finding treasure; insight into someone I’ve never met and who I already share a great deal in-common with. As someone who frequently writes down lists and notes and have many half-written-in journals in his apartment, the familiarity was striking to me.

Though not quite as in-depth, it reminded me slightly of the book Daily Rituals — mostly in how it allowed me to peer into the head of someone long past as they try to assemble their thoughts.

The photo above is my favorite passage so far, though I’ve just started skimming through things. In particular I like what’s written at the top:

RECREATION NOT A PERMANENT CURE ALL

And (most of all) what he wrote at the bottom:

Finding a little nugget like this and being inspired decades later is what encourages me to continue my own journaling practice.