Last night we played a lovely little gig at Director Park in downtown Portland  in the lovely 1000% humidity (Note: probably not an accurate measurement. That I was reminded of my time in Bangkok last year thought gives a pretty good indicator.). There was a water fountain for children to splash in, Elephants Delicatessen, a giant chessboard and surprisingly attentive group of people sitting around and listening, though I can't rule out the possibility they'd melted into their chairs and were stuck.

I decided to wear the uncomfortable t-shirt I (quite literally) bought for $5 out of the back of some guy's car in Istanbul along with my trim-cut cotton jeans (Jeans I'm far too attached too having won them in a Twitter haiku contest from the guy who wrote the 4-Hour Workweek.) that I've worn a gigantic, super-unflattering hole in around the crotch region.

I'll spare you any photos that demonstrate this (despite their existence) and give you this proof of humidity and funny faces instead: 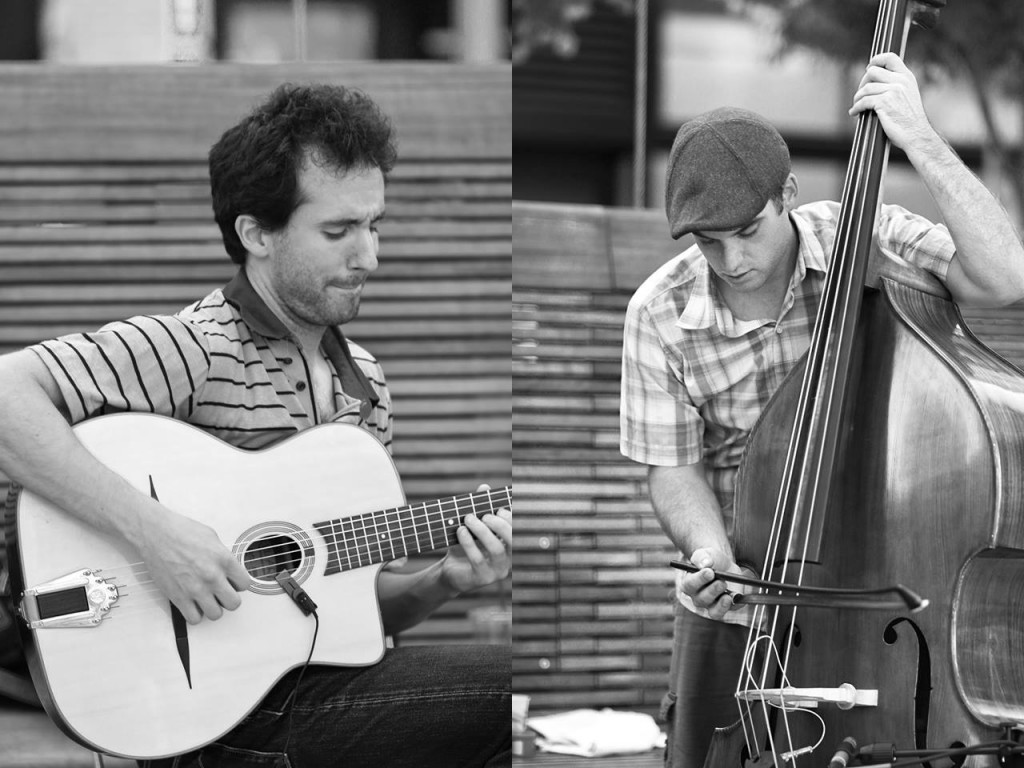 We used this opportunity to record some of our newer pieces from earlier this year and formally organize some of our previous recordings from 2011 into not one but TWO proper EPs. As a result we had two CDs to hawk at the show which I will now hawk to you online:

ArchipelAgo is the newer recording and it came together very quickly. We originally had grander ambitions of hiring someone to record and master a much longer album that we'd properly print on a multi-hundred run of CDs but when we realized those plans would have to get pushed back to November we decided f*** it — let's just get some nice microphones and record it at home. It turned out pretty well and now that we know how to set things up I'm hoping we can turn-out more weekend EPs like this for future gigs.