I noticed a while ago that the I-205 bike path connects with the Springwater Corridor is you go south enough — about where the bike path meets Johnson's Creek. One of the entry-points to the bike trail is more or less a straight-shot east from where I live, up around 92nd and Yamhill. The sun was out and shining beautifully today in Portland — summer has come early this year, it would seem — so I figured why explore this connection and make a loop? even if it takes twice as long as I thought it would, the days stay light so long lately it wouldn't much matter. 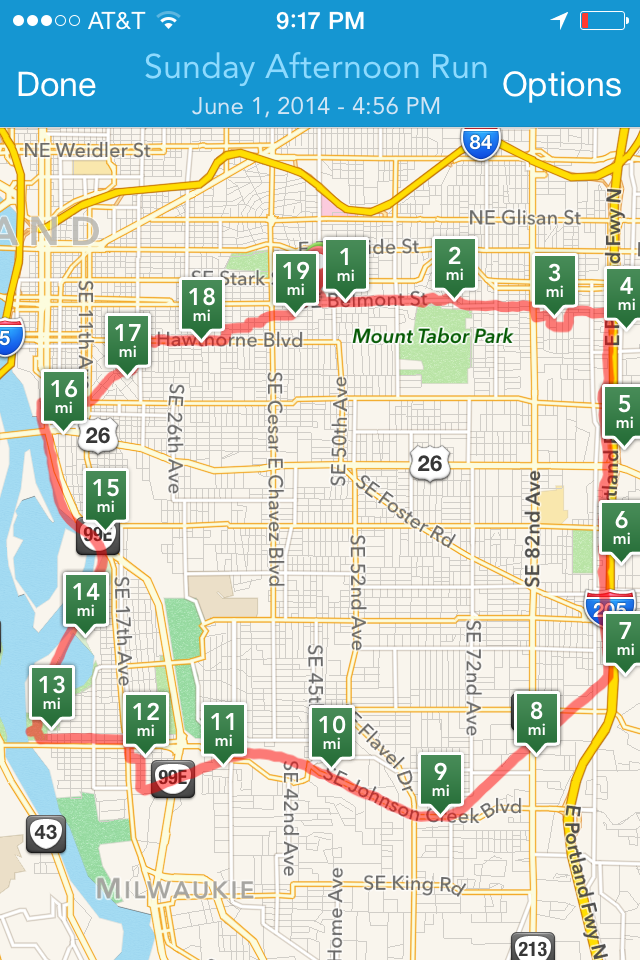 To be fair, at least half of the outing turned out to be walking (And to be further fair, I am seriously starting to question the accuracy of RunKeeper after the way it recorded my Cinco de Mayo half-marathon). But there was seldom any stopping, save figuring out a detour and a couple crosswalks. I've never cared much for increasing my pace; I'm more distance focused, generally. Or perhaps trajectory focused. As long as it I'm not stopped, as long as I haven't turned around and gone home in defeat, then whatever pace I'm at is good enough. So long as it's moving forward.

During the final stretch along the corridor it takes you through Oaks Bottom, which is one of my favorite places to go biking along the way to my favorite, "secret" coffee shop. It doesn't seem to matter what time of year I'm there; there's always something beautiful to see. A particular memory that will always stand out for me was going quite early in the morning with a dear friend of mine and catching a family of deer (!!) swimming across the smallest part of the river, between Oaks Bottom and Ross Island which sits in the middle of the Willamette. I could turn around from this scene and still see the cityscape on the horizon...  Those moments remind me what a fortunate place this is.

Today there were no deer, but I did see this family of Canada geese, including two downy baby geese which I'd never seen before: 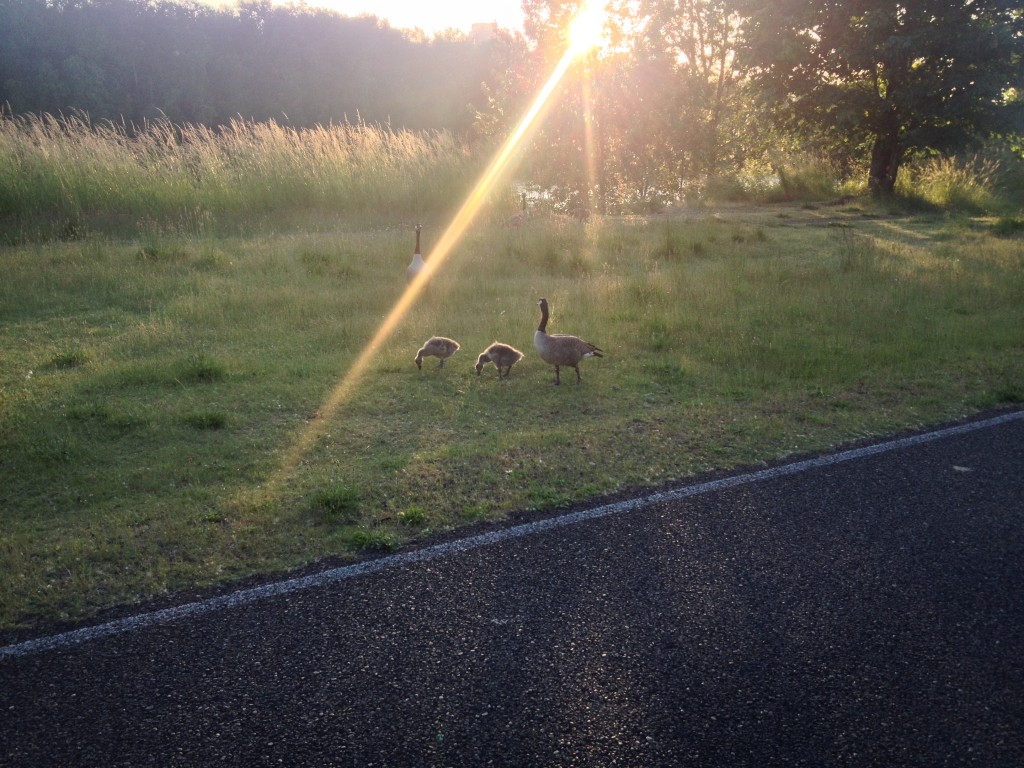