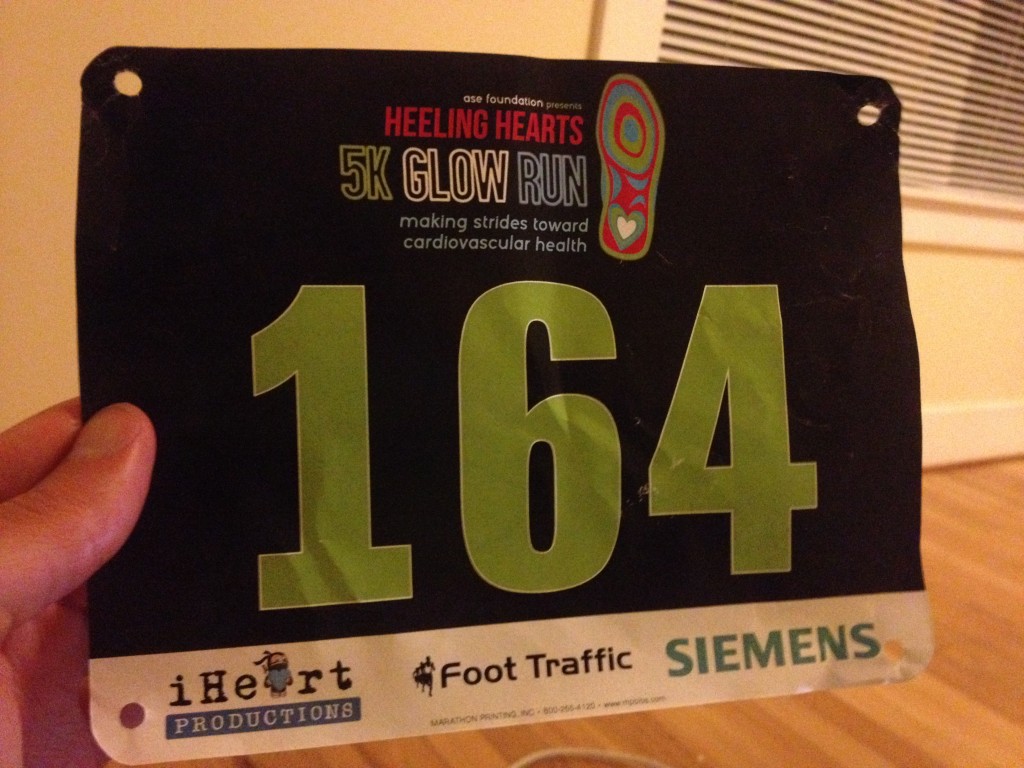 Earlier this month I missed a run I'd registered for as part of my resolution to participate in some kind of sanctioned running event every month this year. I was proud of myself for making-up for it by running an equivalent distance the next day, but still kind of bummed that it was looking like I would not participate in any group running events this month.

So I decided to fix that this weekend. I found a website called Running in the USA that's essentially nothing but a giant calendar of public running events you can register for all over the country. After a little bit of searching around I settled on one — the Heeling Hearts 5k Glow Run. It appeared to be a fundraiser for cardiovascular related... things... and included glow sticks and Thai food at the end. Perfect!

For whatever reason I'd written on my calendar that the race was tomorrow, so I was surprised when I picked up my packet and the girl handing out bibs and rave-quality styrofoam batons said "See you tonight!"

My first thought was that it seemed odd she'd say that when the race was tomorrow — perhaps she was mistaken? But I've been down that road paved by cognitive dissonance and misplaced trust in myself before, so  I double-checked the date on the website and the emails.

Having the run take place on a Friday night wasn't really conflicting with any other plans, but it did require changing the general trajectory of the day: trying to finish-up work a little early, most likely not attending my Friday night yoga, eating an appropriate meal an appropriate amount of time before the run, taking an ibuprofen for my knees and the general logistics of biking down there.

Fortunately all those things happened and I got past a brief moment of considering lounging around at home with a movie instead... and I'm glad! Though I'm not particularly competitive and don't focus too much on times in these things I was pleasantly surprised to come in 2nd overall and 1st among males! I'm officially a little bit faster than I think I am it would seem.

Despite being publicly listed and accessible however I got the distinct impression that many of the people there knew each other or were otherwise all affiliated with the same groups. It was basically me and a bunch of cardiologists. When the emcee (You could tell he was a doctor. There was a thin veneer of endearing nerdishness to his charm, and he kept dropping pop-culture colloquialisms circa 2004... like they were hot. It amused me.) called me up to accept my prize for finishing first among males I fully expected the truth to come out — My fellow doctors.. a plebeian in our midst has won what it rightfully ours! WE MUST RECLAIM OUR PRIZE! — but I received my award without incident. The prize? A t-shirt: 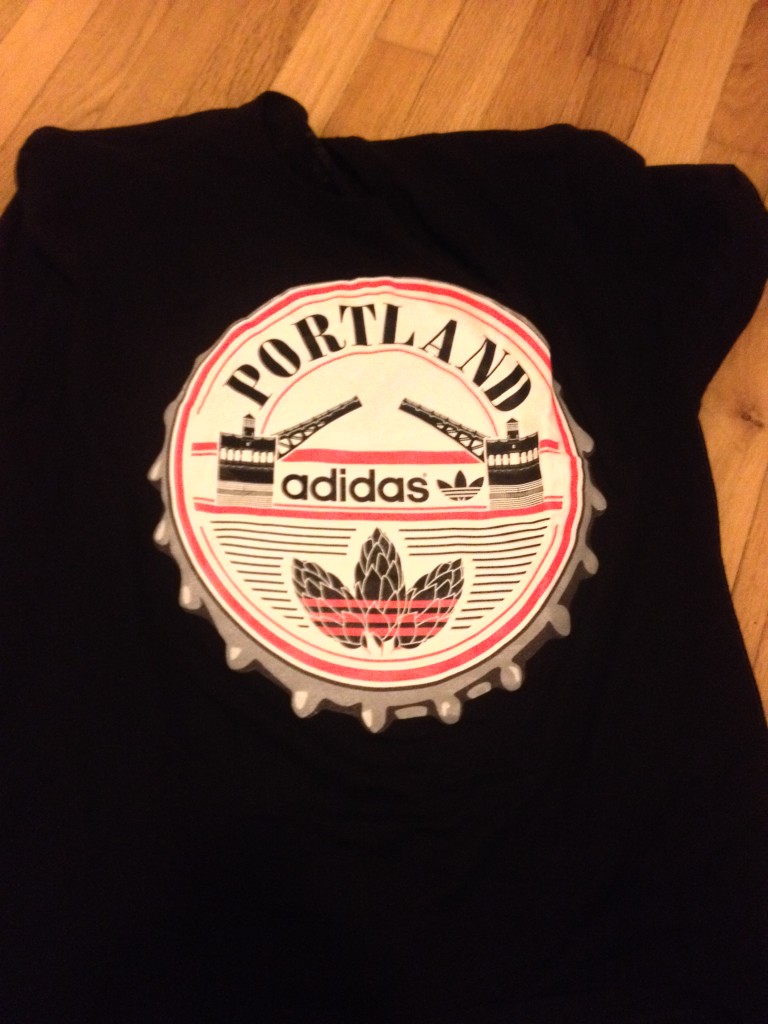 So that was my Friday night. Effectively crashing — if you can call paying $40, signing accident waivers and picking up a packet crashing — a small-ish fundraiser for an organization dedicated to cardiovascular health, hanging out with (and unintentionally showing up) a bunch of cardiologists. And glow sticks (Glow sticks will forever remind me the zenith of my extended family reunions — everyone sitting walking around on our property in the woods wearing stuff better-suited for a rave while shooting off illegal fireworks, firing homemade cannons and sipping dangerously strong, homemade hooch that we quite literally used to set a watermelon on fire one year. Oh, glow-in-the-dark-Mandis-family-reunions.).