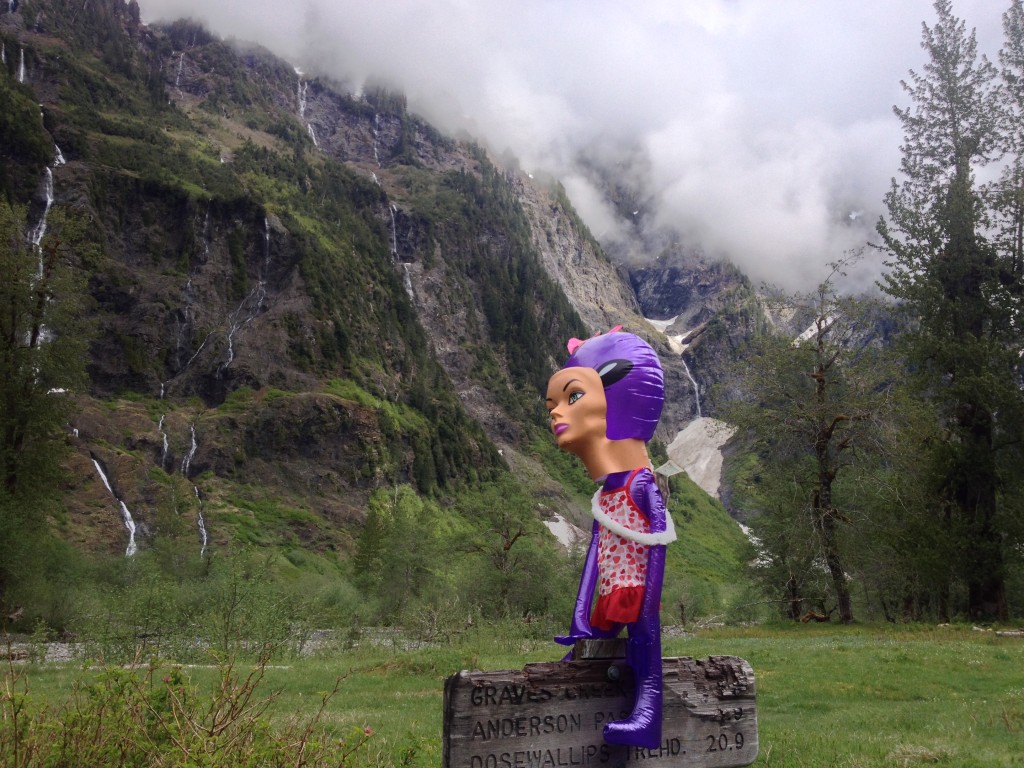 This past weekend I attended a bachelor party for a dear friend of mine. It was a small group, largely absent of the the kind of debauchery typically associated with such things. Alcohol binges and strip club crawls were replaced with replaced with copious amounts of walking with heavy packs and being perpetually on the lookout for black bears, reading some of the grislier passages from Bear Attacks: Their Causes and Avoidance and brushing up on basic bear safety tips to calm us (There was also a beautiful herd of elk — easily a dozen or more — but that doesn't really fit the tone of what I'm trying to setup here!).

There was also a running gag about when the stripper would show up. Before the trip began it had been whispers of how difficult it was to find someone willing to hike seven-miles into the woods after us in a bear costume and strip. Once we were on the trail it was the occasional Do you think the stripper got lost? and We bought you the nicest stripper money can buy in Aberdeen. But specifically what $26.50 can buy. Don't worry — he had great reviews on Yelp.

I thought all these shenanigans would be limited to jokes and the excellent black bear hats the groom's brother had bought for us, hats that incidentally resulted in the same conversation over and over with hikers we'd pass:

Saw one up past the campgrounds... but now I've seen two! 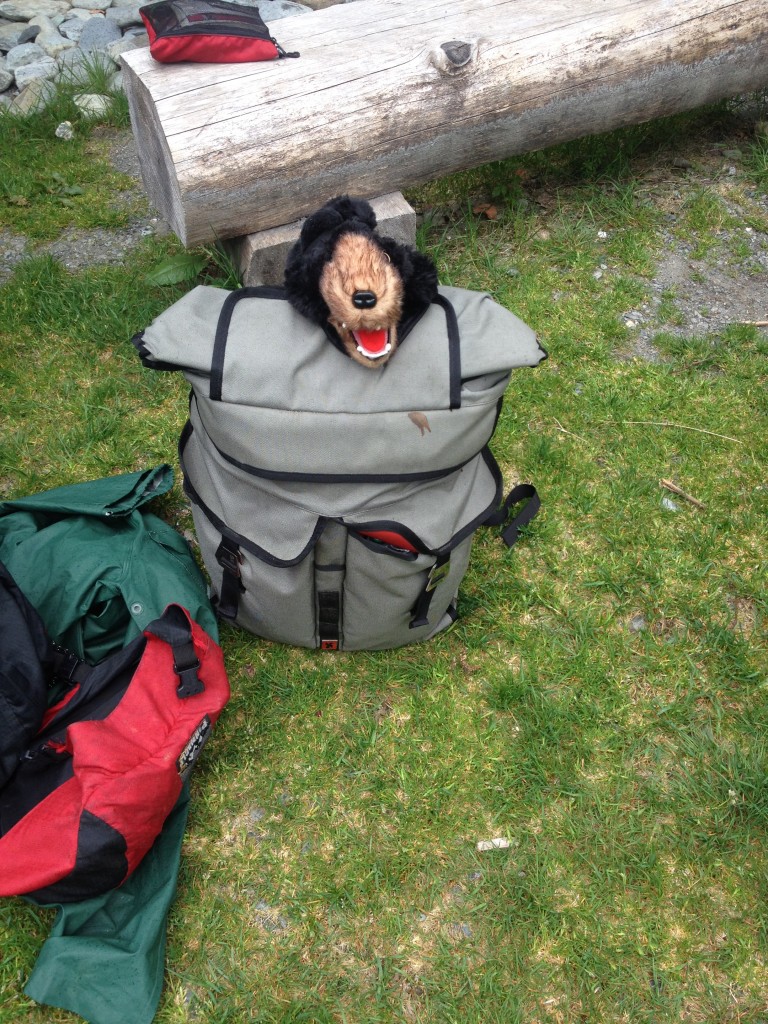 But one of the groomsmen went above and beyond

On our final night we reached the campgrounds in Enchanted Valley, just past the chalet — permanently closed as the changing course of the river had completely decimated the foundation on the west side, putting the whole structure  in a precarious situation. 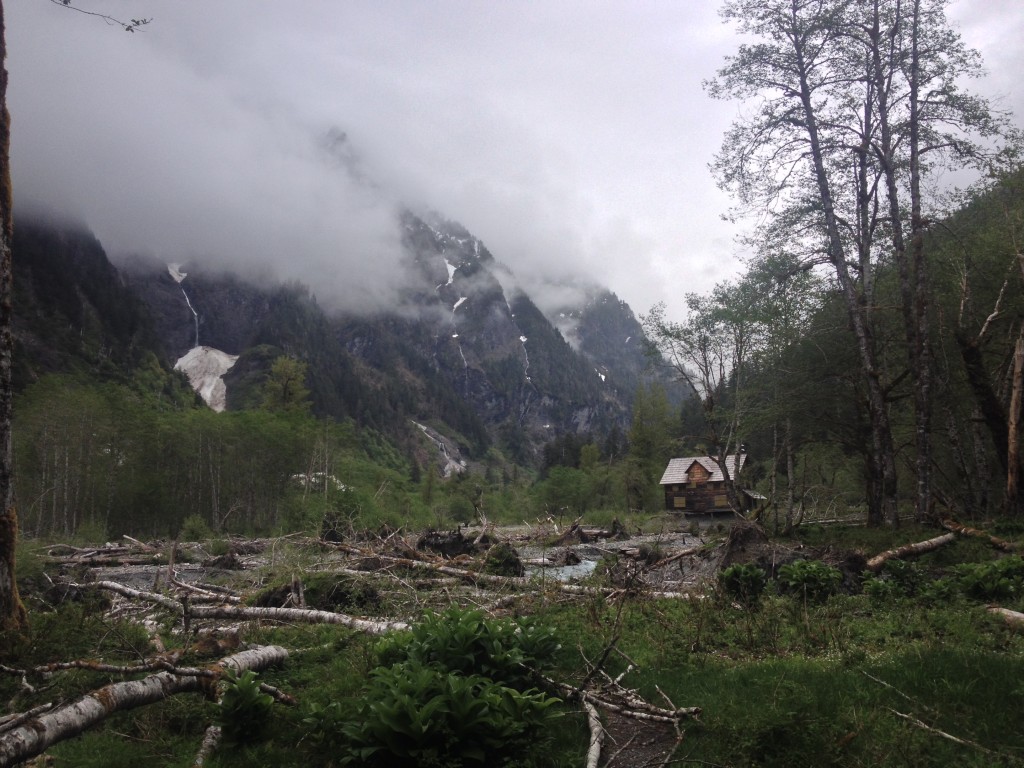 Not that that didn't stop us from poking our heads in and borrowing a little firewood (Before we embarked, the ranger had actually asked us to carry a padlock with us and lock-up the structure when we arrived, implying the structure was not so weak or bad as they say, and it we wanted to "have a peek" it would probably be okay. It turns out someone had already done this by the time we arrived, but that didn't stop us from taking a peek anyway.). 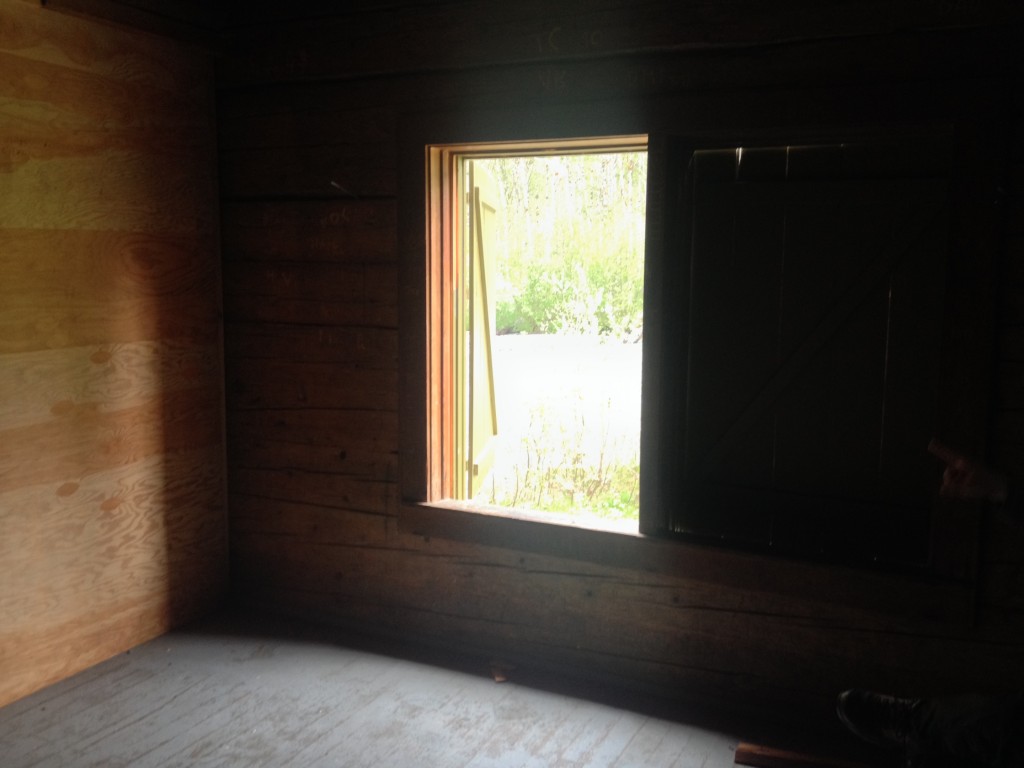 As the sun set we made camp, setting up tents, preparing food and starting the fire. The aforementioned, overachieving groomsmen went off by himself for a moment to prepare something, though none of us really took notice. I went off on my own for a moment too, to do the sort of things everyone has to do — even in the woods — and when I returned I noticed something a little bit... odd sitting in the shadows.

In the darkness I could make out the outline of a human face, leaning against a try, staring directly at us and our fire. She (...it?) was about three or four feet tall, with a human face jutting-out from a bulbous head and something odd clipped to the top. The proportions were off.

Hoping it was not some sort of hallucination brought-on by exhaustion, and in the back of my mind my more logical thought processes assuming this had to be something related to the bachelor party and not wanting to spoil the prank, whatever it was, I got the groom's brother's attention. I assumed he knew what it was and assumed he was acting when he shown the flashlight on the figure and called out to the rest of the group — "Guy's... what is that?!?"

In reality, it played out perfectly. From the groom's angle it was even freakier — he would later admit  he thought it was a small child staring at us (Aaaaahhh!!!!!) — and he called out to it in the dark "Umm... Hello???"

We all stood there in silence staring at it, waiting for that moment in the horror movie when the agonizing moment of silence is interrupted by a jarring scream, slash or musical interjection. 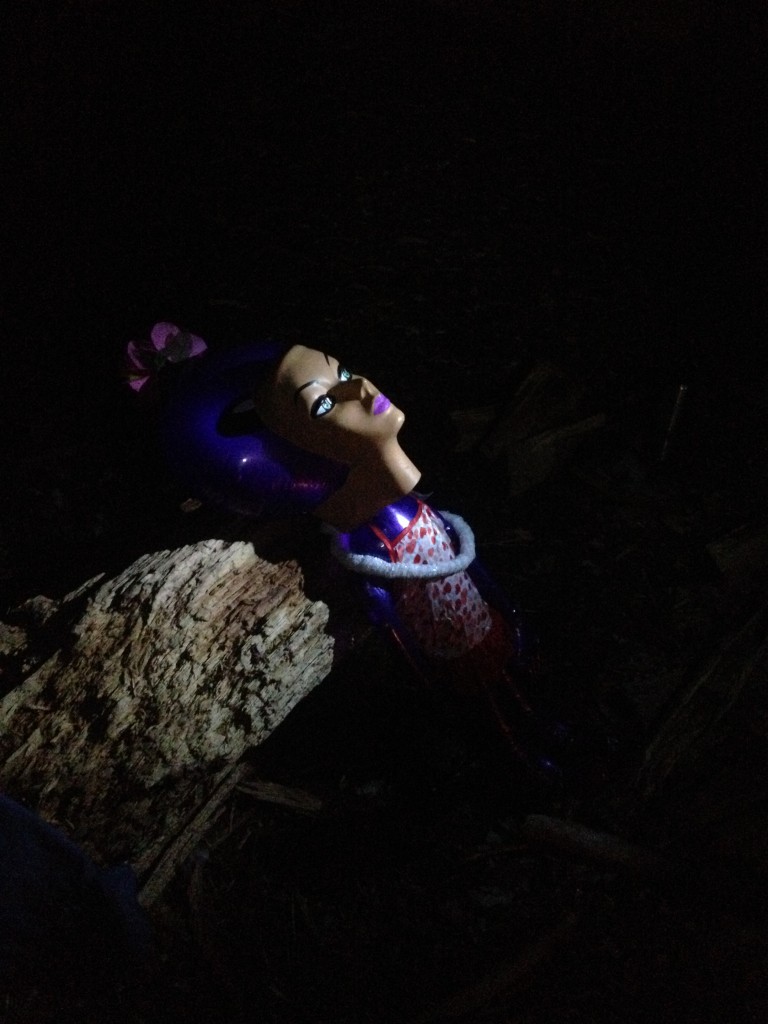 "Oh look — the stripper showed up!"

The groom's reaction to the situation was perfectly captured in this photo: 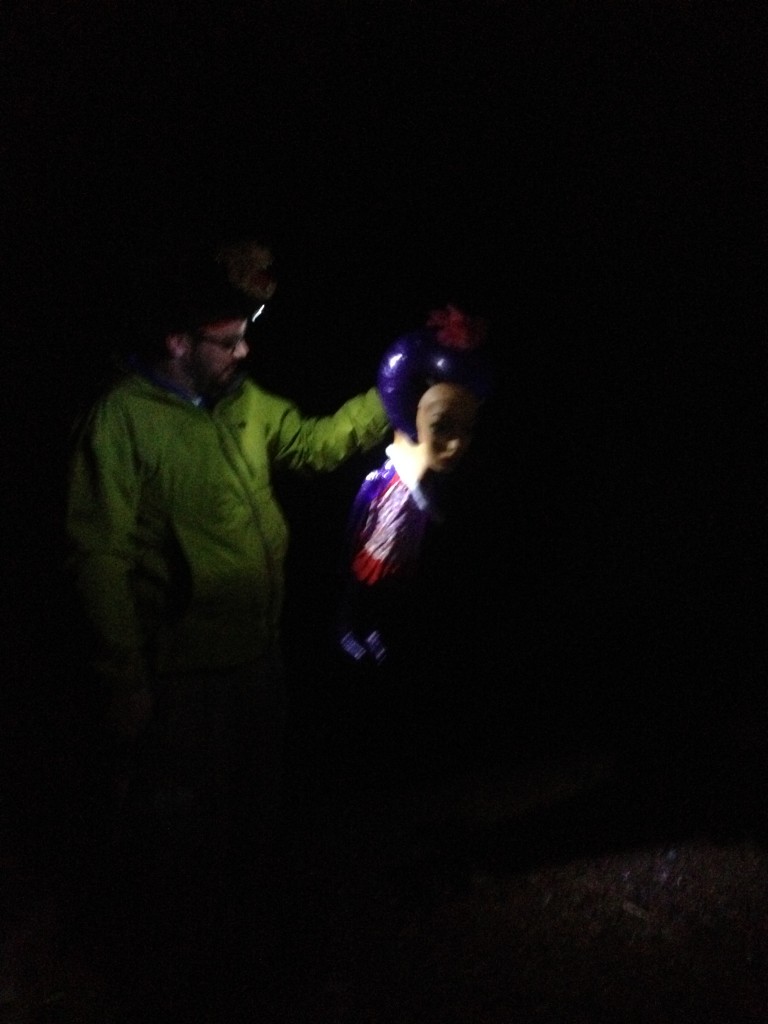 A real stripper would've been utterly impractical, and probably utterly unwanted, so the cleverer groomsmen had devised a DIY substitute. We paid homage to this origin later when trying to figure out what her name should be.

The hike out was a joy. 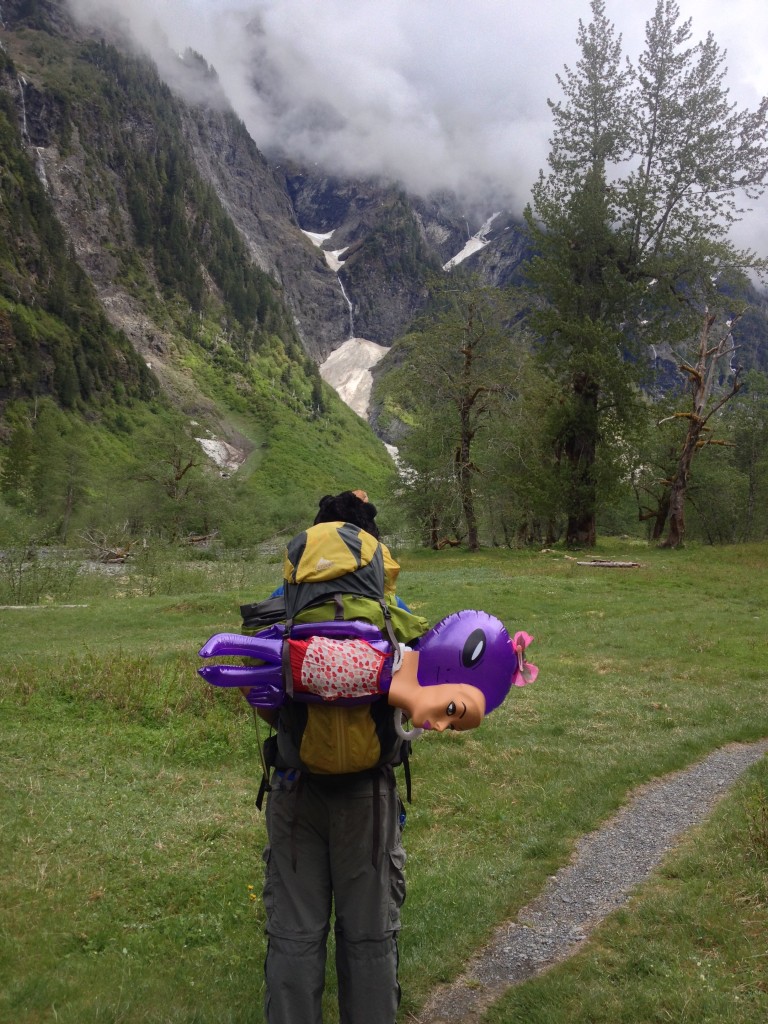