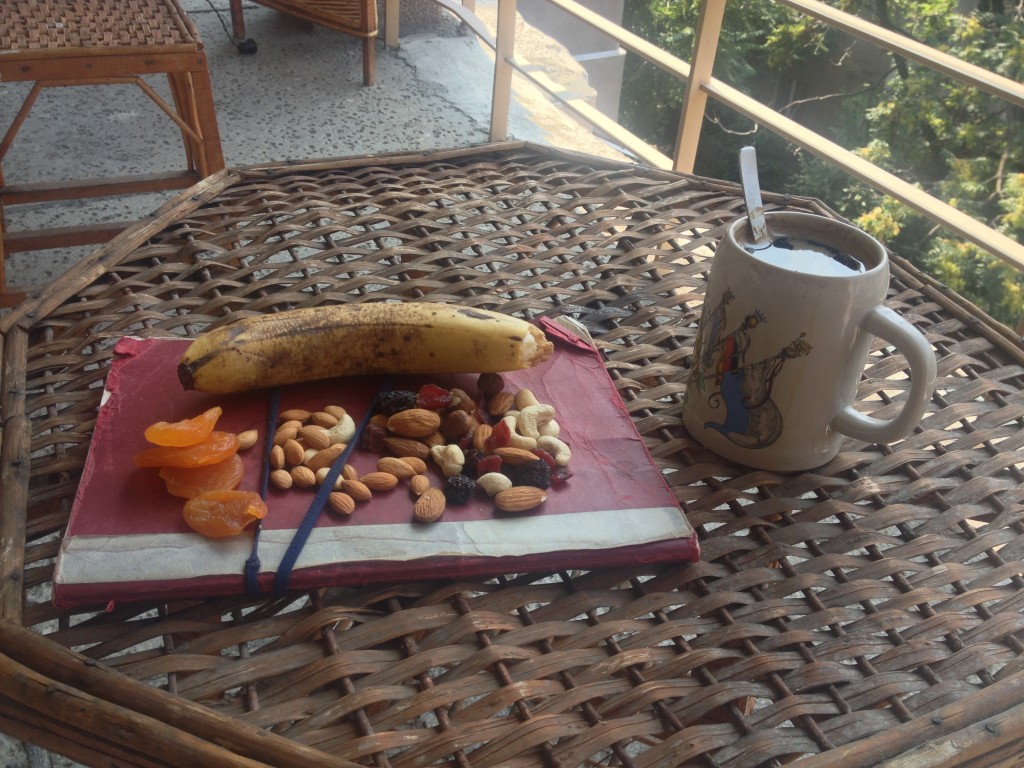 Eating like a squirrel on a warm, August morning in Sofia. A squirrel burdened with no way to make real coffee and thus relied on dandelion coffee. At least I think it was dandelion coffee... My ability to read cyrillic had progressed, but was just short of being useful of practical. The word sounded like dandelion, there were pictures of what appeared to be dandelions on the front and I found it in the same section as the instant coffees.

Occasionally I'd induldge in a frappé, a habit I'd picked up in Greece, but mostly it was this weird dandelion coffee the health-food store down the street happened to sell. I can't honestly say it tasted like coffee... But it was dark. And better than the Nescafe that had otherwise followed me the world over.

That was my favorite part of Europe and parts of South America: the health-food stores. The dietéticas in Argentina & Spain were the only places I could find peanut butter, as I recall — my go-to homesick snack. In Bulgaria they were called... well, I have no idea. But I could recognize them by the way items were displayed and the smell. In practice it was really no different than wandering down half the aisles in your local Whole Foods, but more fun because of the language/cultural barrier to contend with (You could also replace the world fun with frustrating. But sometimes I find frustrating experiences fun.).

Bulgaria was the oddest point in my trip last year, in some ways. Lots of things going on at home. I learned that having an argument with someone over thousands of miles and different times zones was about as trying as you'd expect. The only advice I could give in this department to a would-b traveler attempting to maintain a relationship back home is to remember that sleeping on things is almost always a good course of action... but be mindful of when your respective days begin and end. I remember in this particular instance that my sleep overlapped with the most of the waking hours back home. Picking up the conversation again in my morning meant continuing the conversation in the same evening back there.

There is no rush. Saying the right things when they're ready is always better than simply saying something to fill radio silence.