One year ago today, May 7th, 2013, I was getting ready to leave Iceland. Specifically Skagaströnd (Pop. 530). I was into my fifth month of my goal for a year of continuous world-travel. I can remember my time in that little village very clearly; it's odd sometimes to think that a year has transpired since.

I've written about Iceland before and it's probable there are some photographic repeats in this post, as that date appears to have been particularly photogenic. The day before (That would be May 6th, 2013) I'd wandered down to the waters and found a beautiful little agate that I fell in love with: 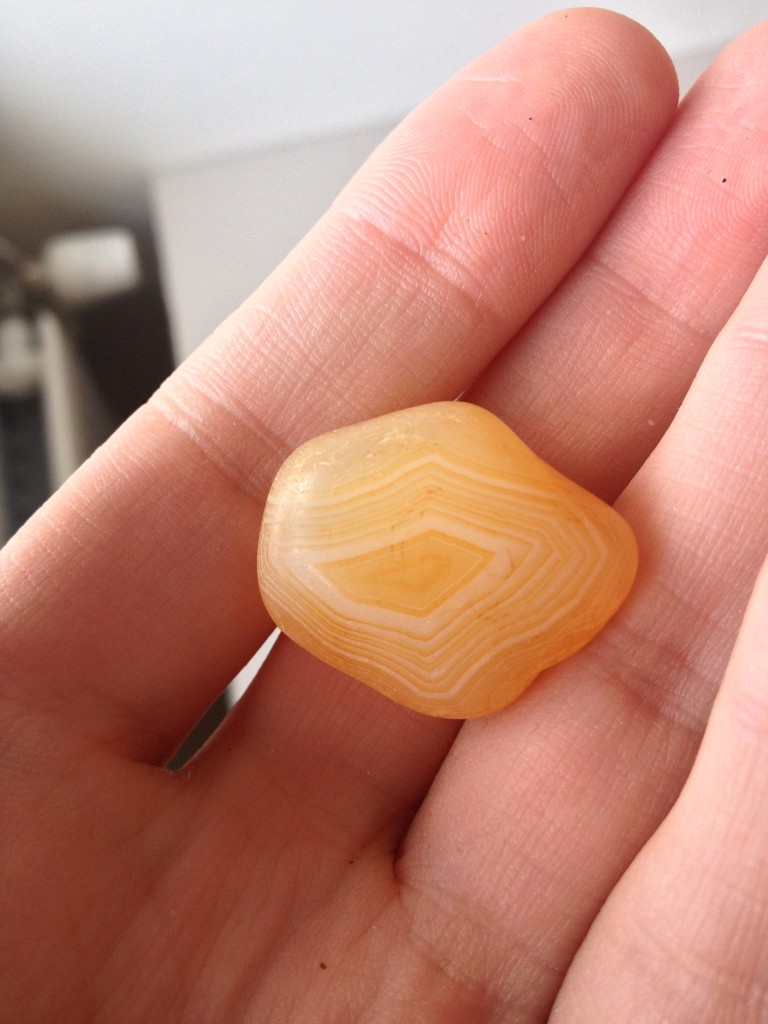 It stood out noticeably against the gray-brown moss, the dark-gray stones, the gray-green waters and the white of the snow and the sea-foam as the waves broke. I loved how you could see the individual layers, the way the stone took-shape over who knows how many years. Through six more countries I'd carry it with me, sometimes in my bag and often in my pocket, before mailing it home along with a bunch of other keepsakes, mementos and gifts.

Sadly that  package was opened in transit and most of the things inside were taken, including my little rock. Alas.

Enjoy the rest of these pictures from the following day, along the same shore where I found my little agate: 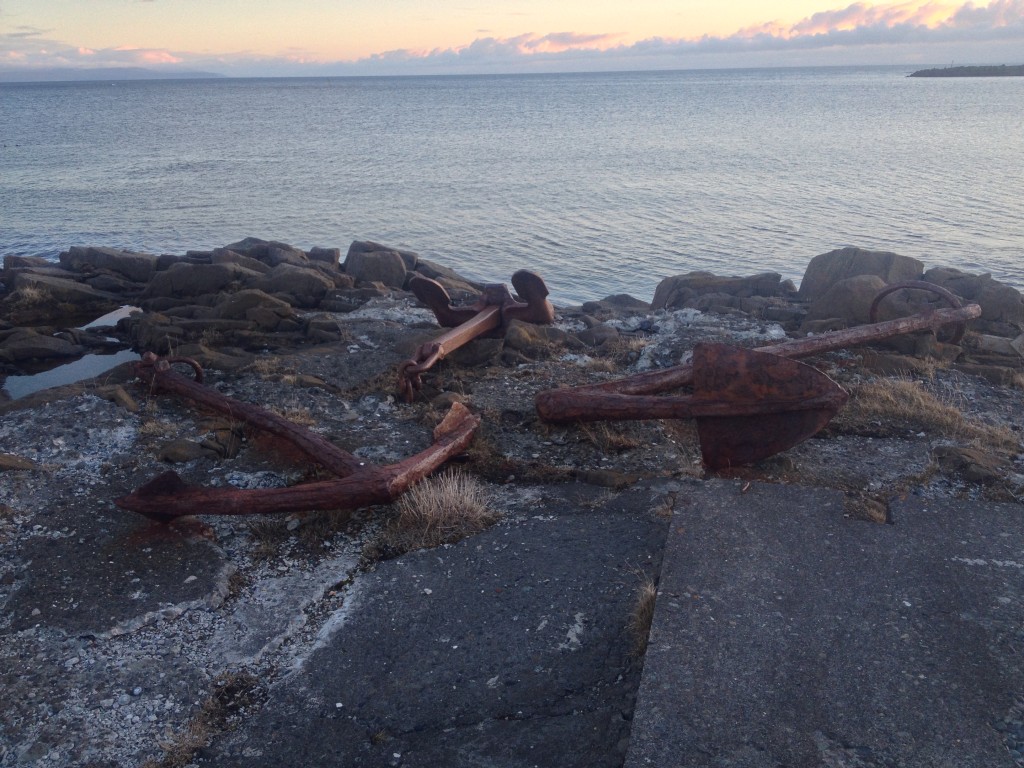 Rusty anchors that have outlived their usefulness and get to enjoy their retirement as objets d'art. 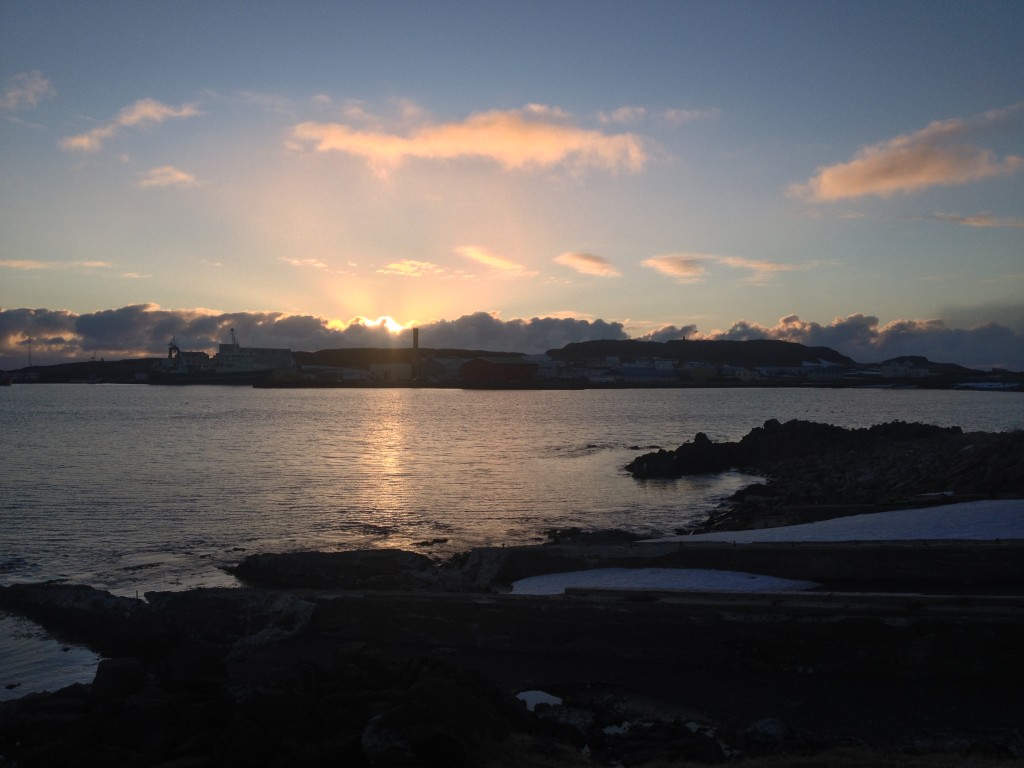 Gorgeous sunset, but it wouldn't get much lower. It was springtime and the days grew long to the point where the sun never fully set by the time I left. If I were to guess I'd say this was around 10pm.

Gorgeous panorama shot (follow the link for the full image. I warn you it is large.). The water where I found my little rock. 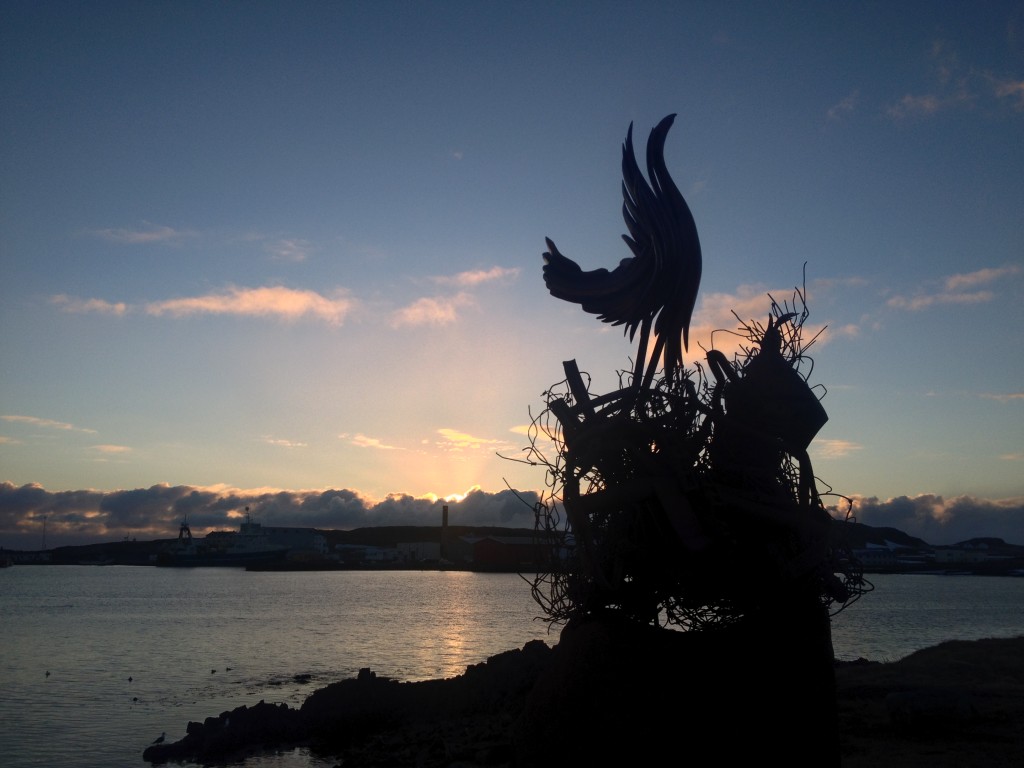 Wonderful sculpture taken at just the right time near the Nes Artist Residency. 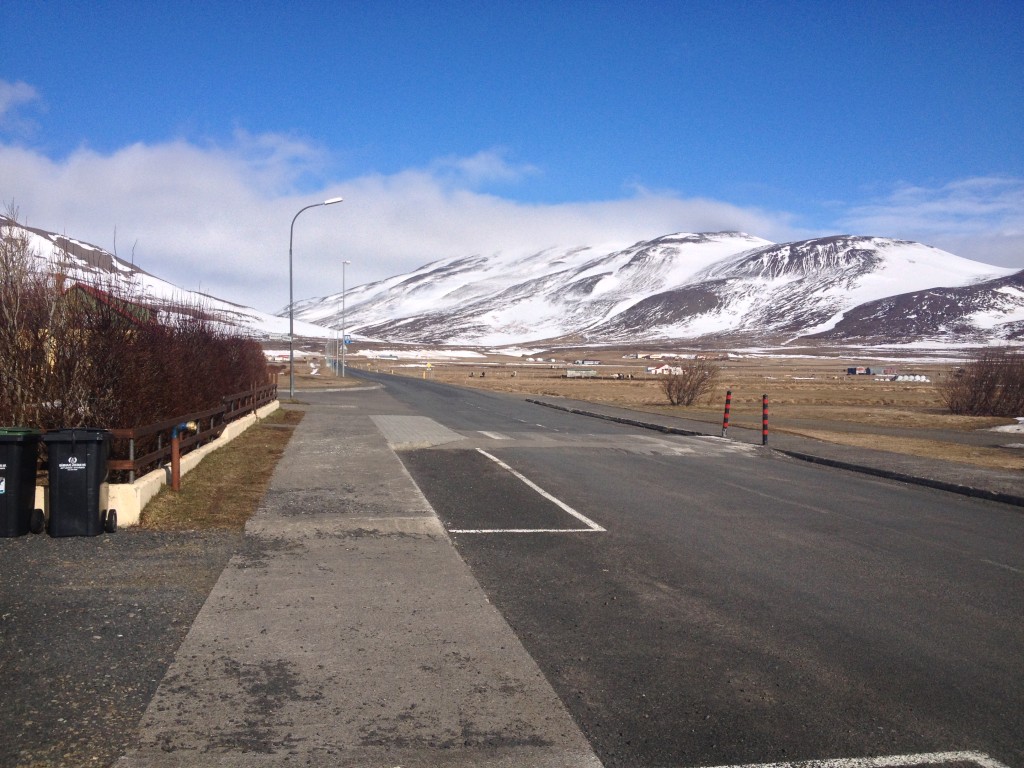 A little ways from the shore and somewhat earlier than the other photos — the only road loading into Skagaströnd. A beautiful spring day. 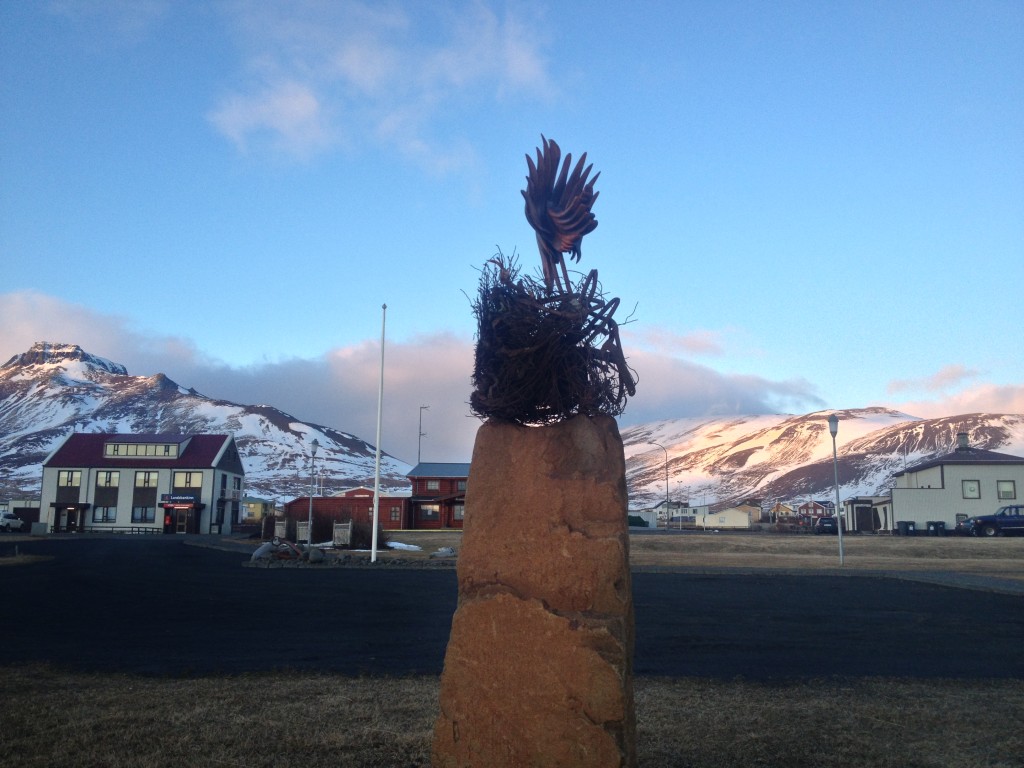 The same sculpture from earlier, but a slightly different angle. 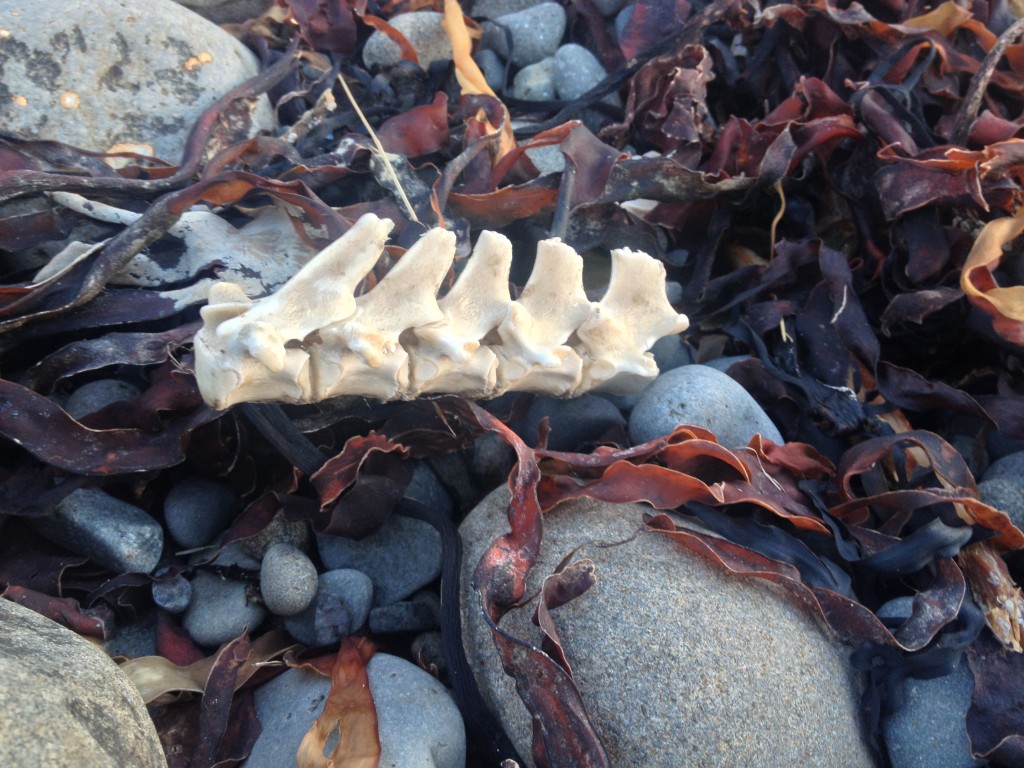 Seaweed, stones and bones. I have no idea what this belonged to or what picked it so cleanly. Somehow this made it feel even colder. 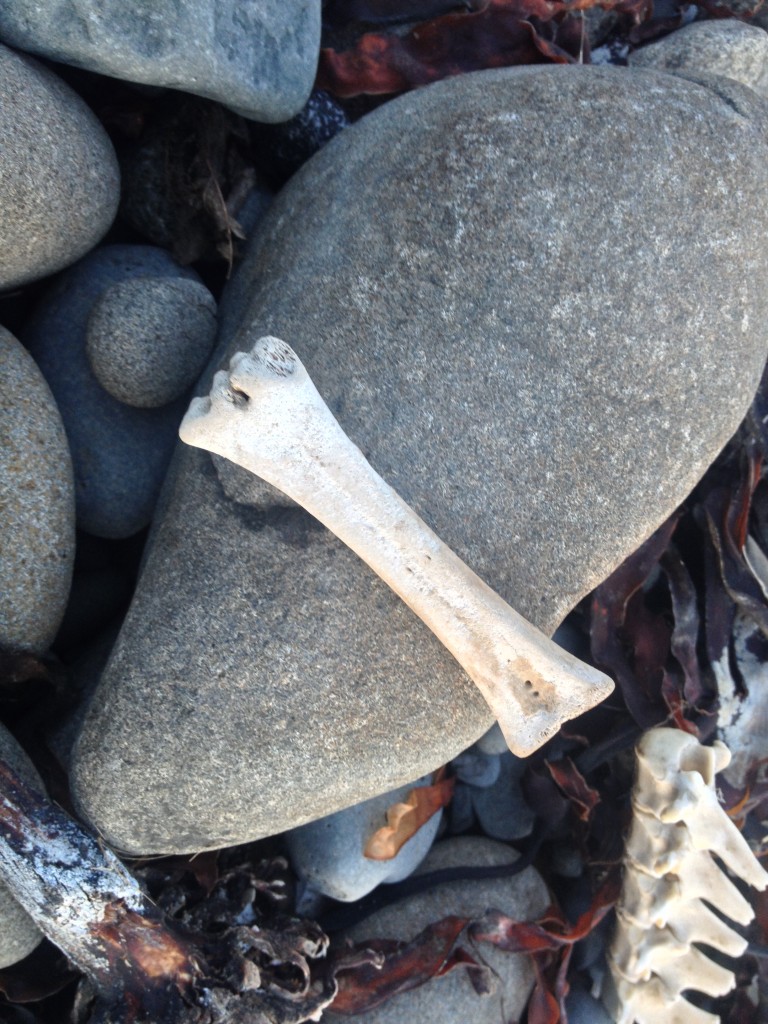 The only thing that would've made this feel more Icelandic is if one bone had a Viking saga etched on the back and the other a Björk song. 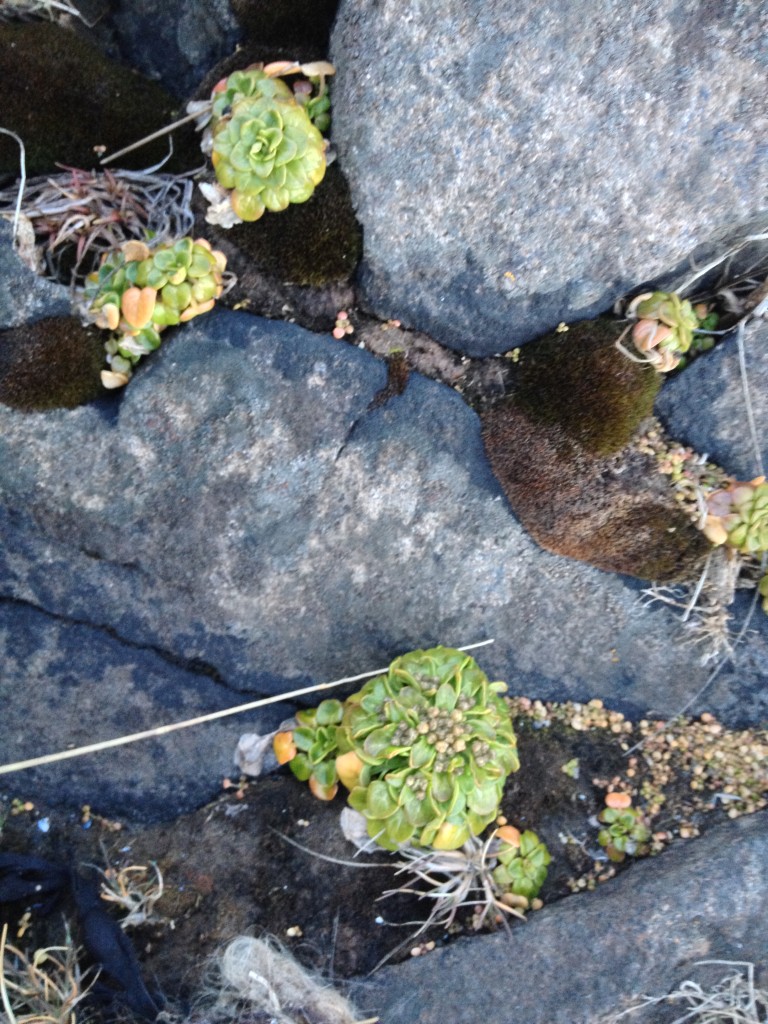 But Iceland's terrain is never so dead as it first appears. In fact, all the volcanic activity has made it a remarkably fertile place — it's just so cold most the time the things that grow here aren't what you'd normally associate with that. Think frozen Hawaii.

The gray and brown you see is often moss and in the pockets between the stones you'll find little green plants, like this one. 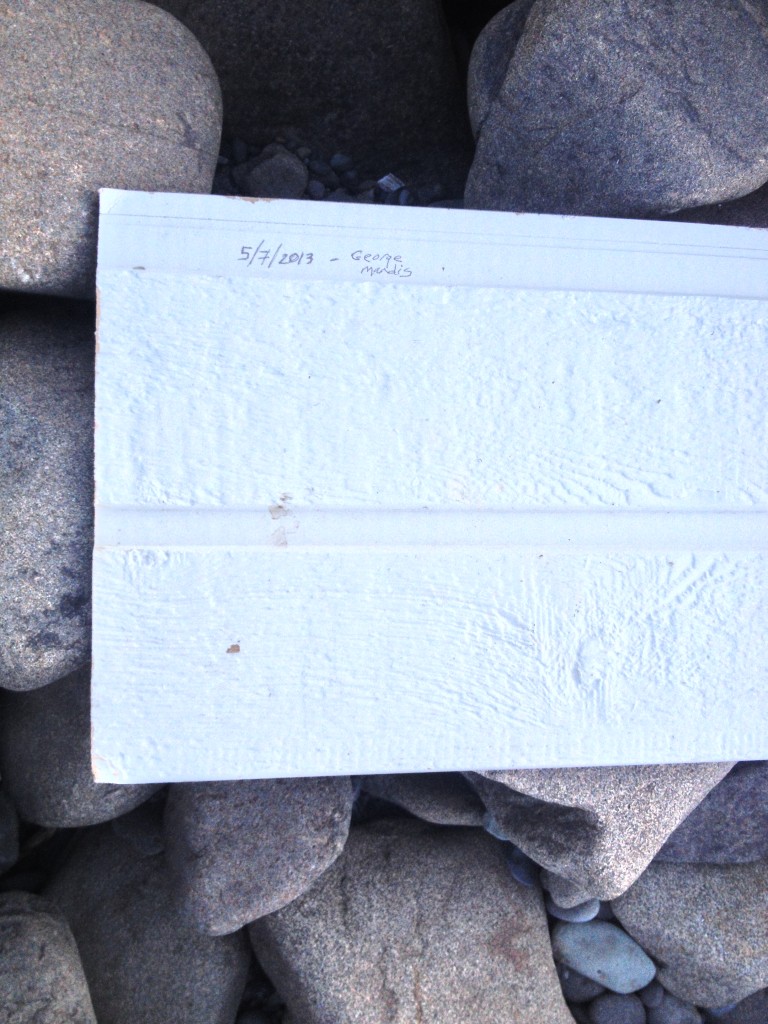 Commemorating the day — and adding some semblance of proof that this is actually what I was doing a year ago! — by signing my day to a piece of garbage that had washed-up on shore. Not sure why I did that.