Among the benefits (Depending on how one looks at it. And probably how one is feeling that particular day. Juans can be fickle.) of an extensively documented, extended trip that spans a year is the ability to spend the following year looking back on the previous and being able to know, with uncommon precision, precisely what you were doing.

That happened to me today. The answer? I was in São Paulo — a sprawling city (Among the few jokes I could successfully make in pigeon Spanish/English/Portuguese was that, when the overnight bus rolled in the driver said "Welcome to São Paulo!" Forty-five minutes later he said "Welcome to São Paulo!" Seriously, that place does. not. end.) that I have very fond memories of because of the people but very few specific memories of in terms of the things I saw there.

More specifically though? A year ago I went down to the market and bought a handful of fruits I didn't commonly see back home. And ate them. And took pictures. 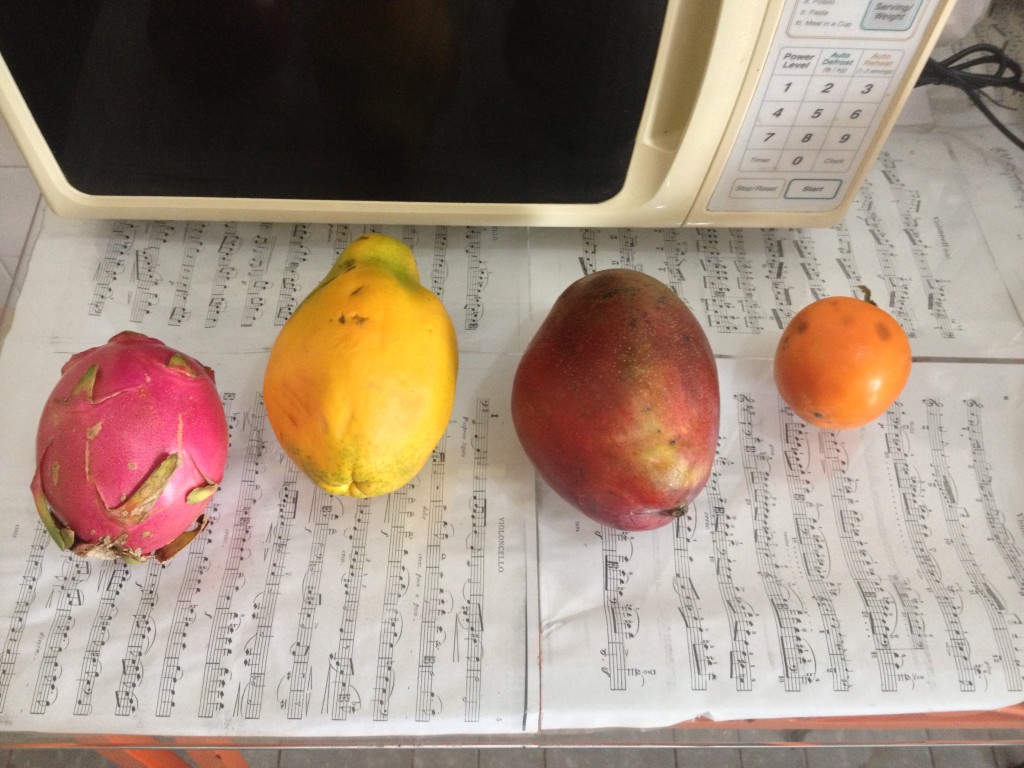 In my journal I wrote:

I went for a walk to the grocery store intending only to get a new toothbrush and some toothpaste but couldn't resist the array of curious fruits on display. Whether it was truly curiosity or some combination of sleep and mild-hunger-induced lunacy, I bought enough fruits to probably make the checkout girl wonder if I was opening a fruit stand across the street.

The two varieties in particular that had piqued my curiosity were the pitaya and the caqui giombo. In English they're typically known as Dragonfruit and the Japanese Persimmon respectively.

The pitaya presents itself in an audacious pink skin with long green, petal-like protrusions that are sparsely arranged. You the cut the thing open and it reveals a surprisingly white fruit spotted like tiny black seeds, almost like someone threw a dash of pepper on an albino melon. A good, ripe one can be eaten straight out of the rind like it's sorbet or something. Delicious. 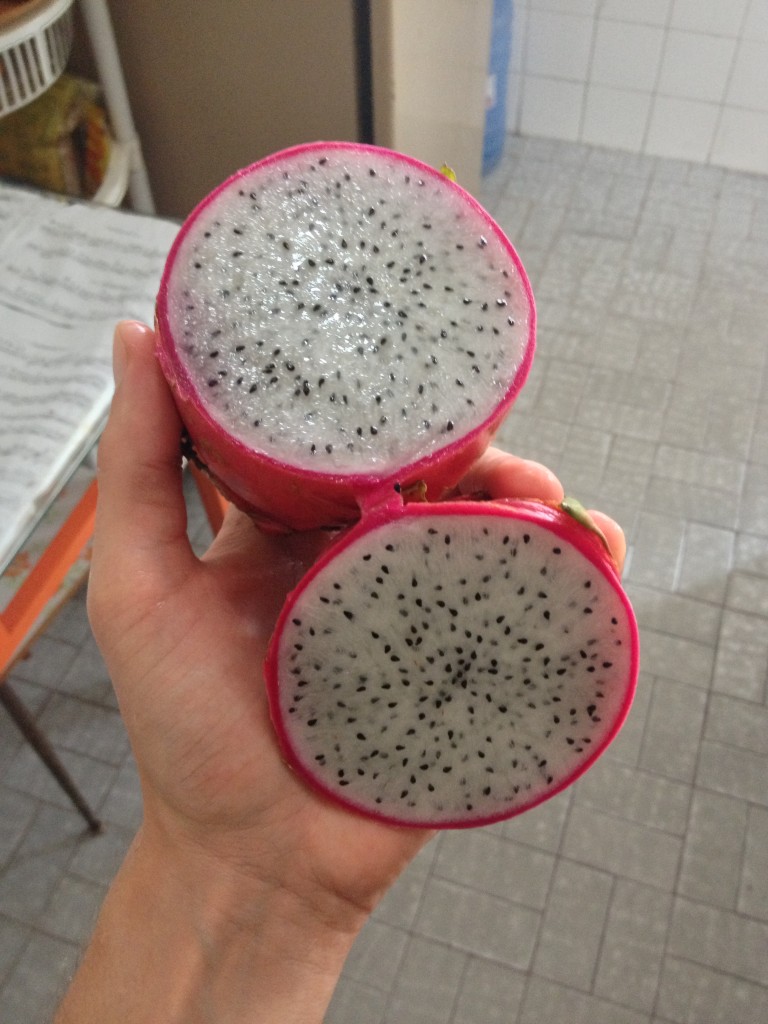 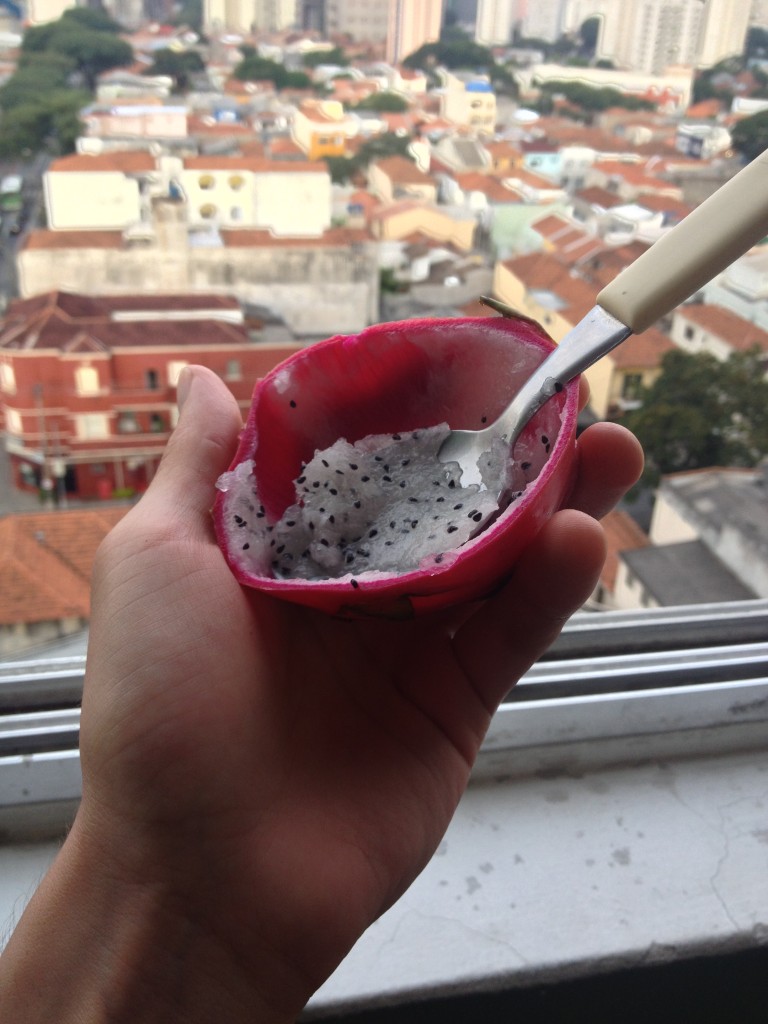