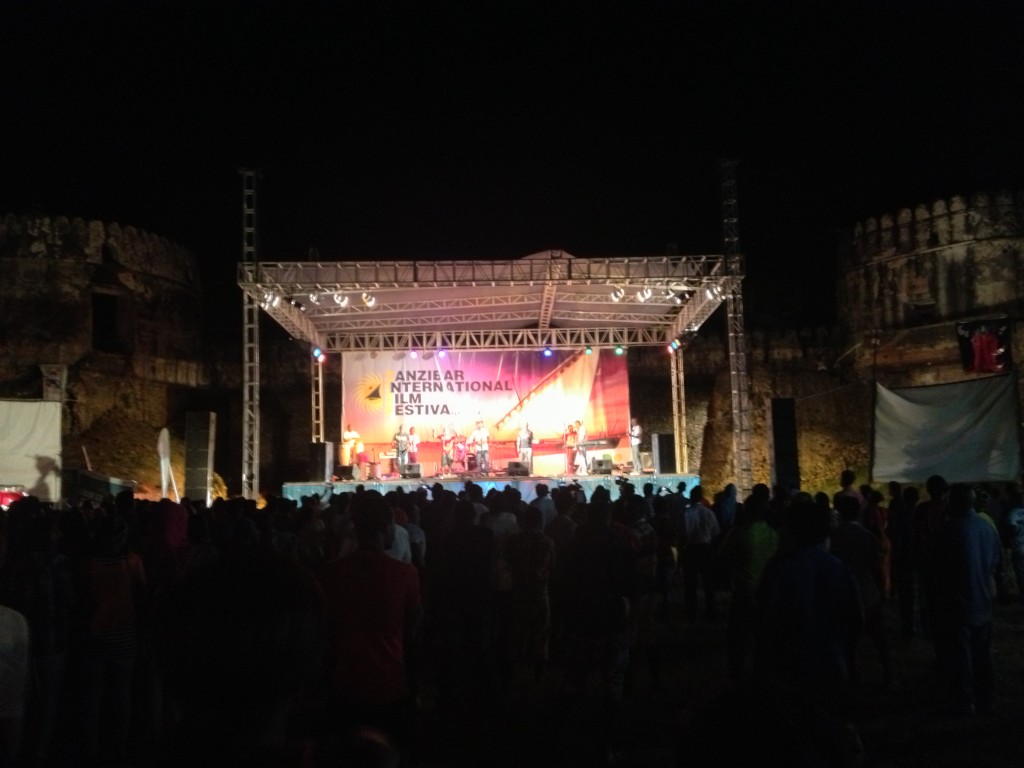 I happened to be in Zanzibar last year at the same time as the Zanzibar International Film Festival was taking place. Though there is no shortage of remarkable things to take-in around there, it was fun to have music, food and big groups of happy people a stones-throw away from my place in Stone Town.

My morning routine often took me down to the Old Fortress — a 17th-century ruin left-over from when the Arabs fought-off a Portuguese invasion but now just has a nice grass field in the middle of it — where the stage was setup for the evening musical festivities. Truthfully, I didn't attend most evenings ((It cost money, but I was more content to spend my shillings about two blocks away, down one of the the many, mazy passages of Stone Town, where a particular stoop at night would turn into an impromptu spiced coffee and tea stall. You could hear all the music just as well from there and the company was more interesting.)), but in the mornings it was open to the public and generally barren while things were being setup.

One morning I caught a young woman performing what seemed like a sound check. There was virtually no audience and she was up on the big stage — the very one up in the photograph — and had no accompaniment. I had just sat down to rest and take in the scene at the perfect time and recorded this snippet.

I have no idea what she was singing or who she was, but I thought it was lovely and worth sharing.