Last year I visited 18 countries over a year, working and traveling as I went ((I've typed that sentence enough times by now.  I need to setup a dedicated page to my trip that I can link to.)).  Through some trial and error I learned it was better to try and arrive in a new destination on the weekend. That usually meant a couple days of wandering around, exploring the area and getting acclimated before I had to figure out how to balance a new timezone, culture and living arrangement with my ongoing workloads.

As I sit here this evening back in Portland trying to get things ready for the coming week, I'm reminded of Skagaströnd for some reason. It was one of the three or four points on my trip that really drove ho me the importance of rest. It was mid-May by the time I was leaving and the Icelandic summer was starting to arrive. The clear delineation between night and days had slowly faded since I first arrived and now the sun seemed to be doing laps around the horizon more than anything resembling rising and setting.

I remember taking this photo at what might've been around 10pm: 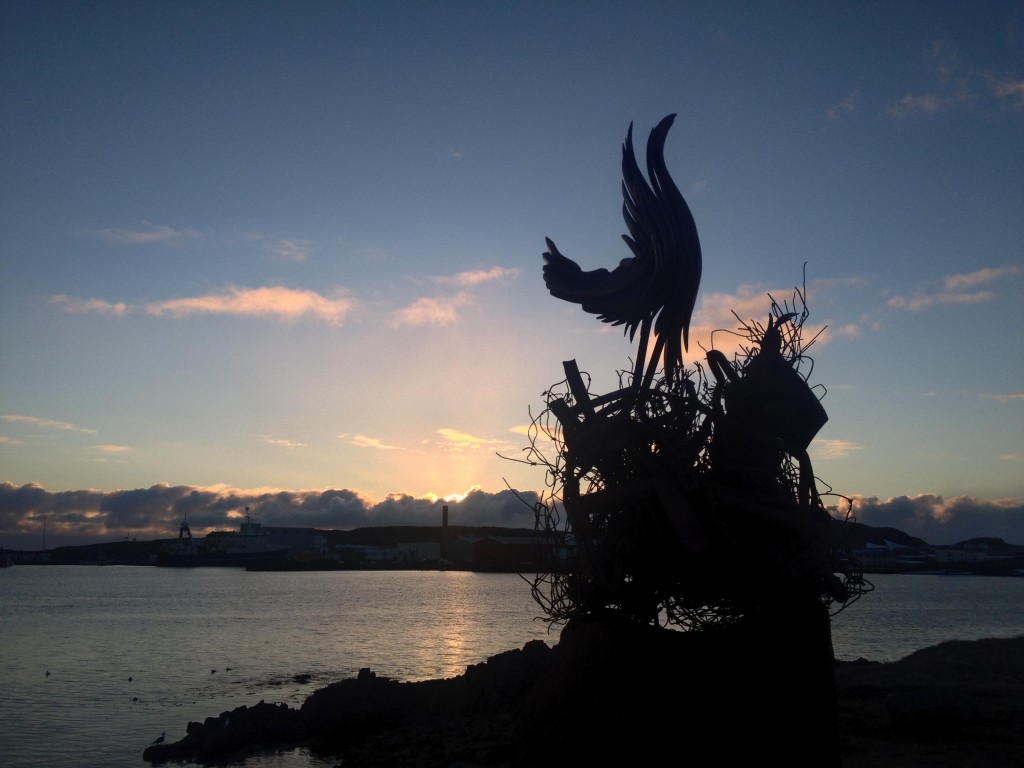 Skagaströnd is a small village of about 500 people, and a not-insignificant percentage of the population at any given time is likely to consist of the artists at the Nes Artist Residency where I stayed. There's a museum dedicated to the local prophetess/witch Þordis, a woman who will read your fortune and a lovely library full of beautifully-bound Icelandic literature. Presumably they're all about shark fermenting, viking sagas and how to avoid marrying too close to the gene pool — typical Iceland stuff.

I spent most of my time there marveling at the remoteness and silence, wondering if it would be okay to pet the magical Icelandic ponies that can never return to Iceland should they leave ((This is absolutely tru  but owes more to the downsides of genetic isolation and a lack of immunities to typical horse diseases than anything magical, despite the Tolkien-ish premise.)), working from the library and walking along the water's edge.

I recall the friendly Australian woman who was running the residency at the time telling me  the light up there seemed different. I think she was right. 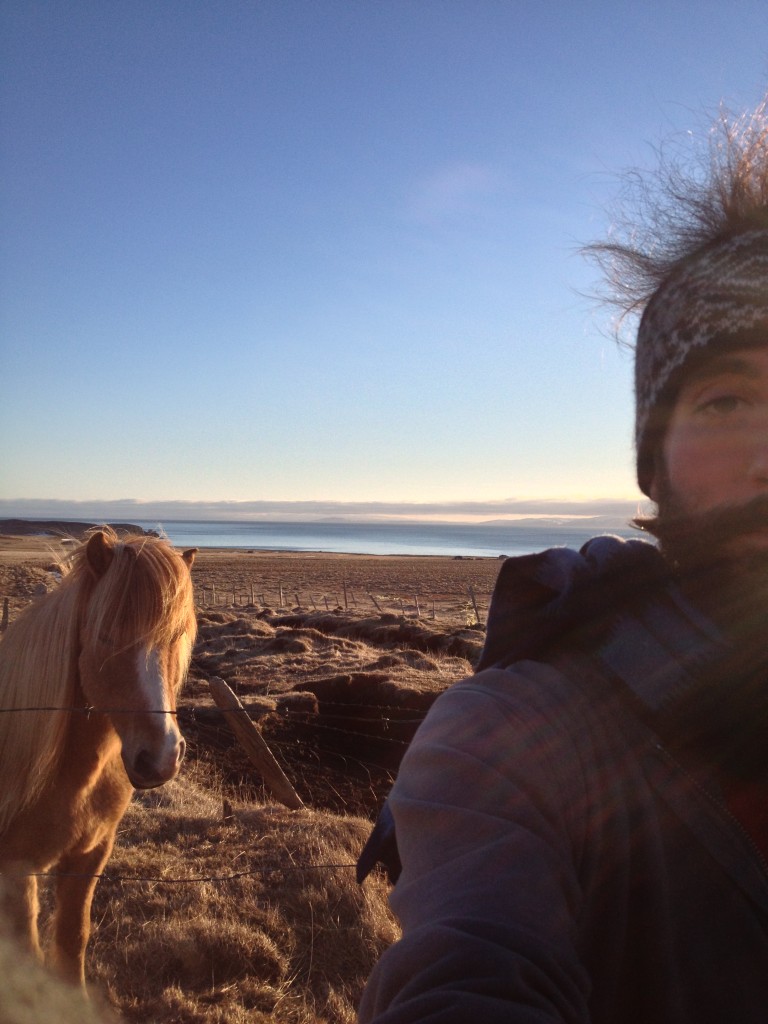 I will never tire of looking at the photos from this place.

For some silly reason I setup my trajectory to take me from this beautiful little spot to Paris 24 hours later. The way the buses and things worked out I could've spent about $70 to spend five hours in a bed somewhere in Reykjavik... Or I could spend the night at the Keflavik airport.

Having already accidentally spent the night at the airport in Rio de Janeiro about a month earlier and not finding the experience too awful I opted for the latter. What I had not accounted for was the relative disparity in comfort between a large, frequently used international airport in a tropical climate and... Keflavik.

Another sleepless 48 hours later and I didn't even care that my first impression of my new place in Paris involved having a pigeon fly and hit me in my face, that my host had forgotten which day I was supposed to arrive and that the place itself seemed like a border-line legal abode for the five or six dudes who lived there, sans doors and much privacy. I was just happy to see a bed and have an opportunity to rest.

To rest: a Sunday tradition worth upholding.