Vey early this morning I was responding to some comments to a post I'd made on Facebook. All I'd said was "Hello from Budapest!"  and a barrage of comments chimed in. I recalled why I don't use Facebook very frequently: I always feel obligated to reply to or acknowledge every individual comment.It's probably because I'm more used to longer correspondence.

Anyhow, I pointed this out and a friend of mine took advantage. A previous comment mentioned how Queen Live at Budapest was always one of his favorite Queen bootlegs — something he and I collected when we were younger. Then his brother chimed in and asked what my favorite Hot Space era bootleg was, pointing out I was obligated to answer because of my comment.

Thank you Joe — what an excellent question!There are several schools of thought. Some bootlegs can be praised for their superior sound quality. Look at Queen on Fire: Live at the Bowl which was good enough to be released, somewhat weirdly, as a real album in 2004!Other bootlegs might be sought for their rare or unusual performances.As Luke will likely know, Queen Live in Budapest — which certainly began life as a bootleg but may now be a legit video release, I think — captures the band's only performance of "Tavaszi szél vizet áraszt," a traditional Hungarian folksong.For reference: https://www.youtube.com/watch?v=RPZdgyuixPAHaving made only an extremely half-ass attempt to learn Hungarian I will say I have a newfound appreciation for Freddie Mercury trying to sing in that language. In a part of the world where most languages seem to sound like some variation of Russian or German, Hungarian is more related to Finnish, which I did not expect.Finally however, there are the bootlegs that may suffer from poor quality but capture uniquely passionate performances or notable moments in the band's evolution. As Luke can also attest, Queen Live at the Rainbow '74 had fairly piss-poor sound quality, but captured the group very early in its formation. They only had two albums to draw from and had to flesh out the rest of their set with some odd throwback covers including an Elvis Presley song (Jailhouse Rock) and Big Spender — two songs they would later bring back into their set for their final '86 tour. This bootleg serves as a nice first chapter to any Queen bootleg collection.To answer your question though Joe, I'm going to give a slightly lazy answer and cheat. It's an official release now but Queen Rock Montreal captures what I feel is the Freddie Mercury at the height of his powers — both vocally and mustache-wise. You can tell because he actually hits the high notes during Play The Game (https://www.youtube.com/watch?v=EQxTjYyAFt0) and improvises on the melody during the second verse in a way that sounds... difficult.So that is my answer. It is slightly cheating as the bootleg came out in 1981 just before Hot Space in 1982, but I reason they must've been working on the album at the time so it qualifies as being in the same era.And now... everyone knows. Thanks Joe.

So today we left Budapest and drove down to Subotica. It's a lovely town just inside the Serbian border with lots of lovely art nouveau and deco architecture — influences that trickled over from Hungary (Or, more accurately, were implemented when Subotica used to be in Hungary.  You always got to be on your toes out here in Eastern Europe.). We were treated to a private tour of city hall, a lovely building with lots of ornate decoration like this: 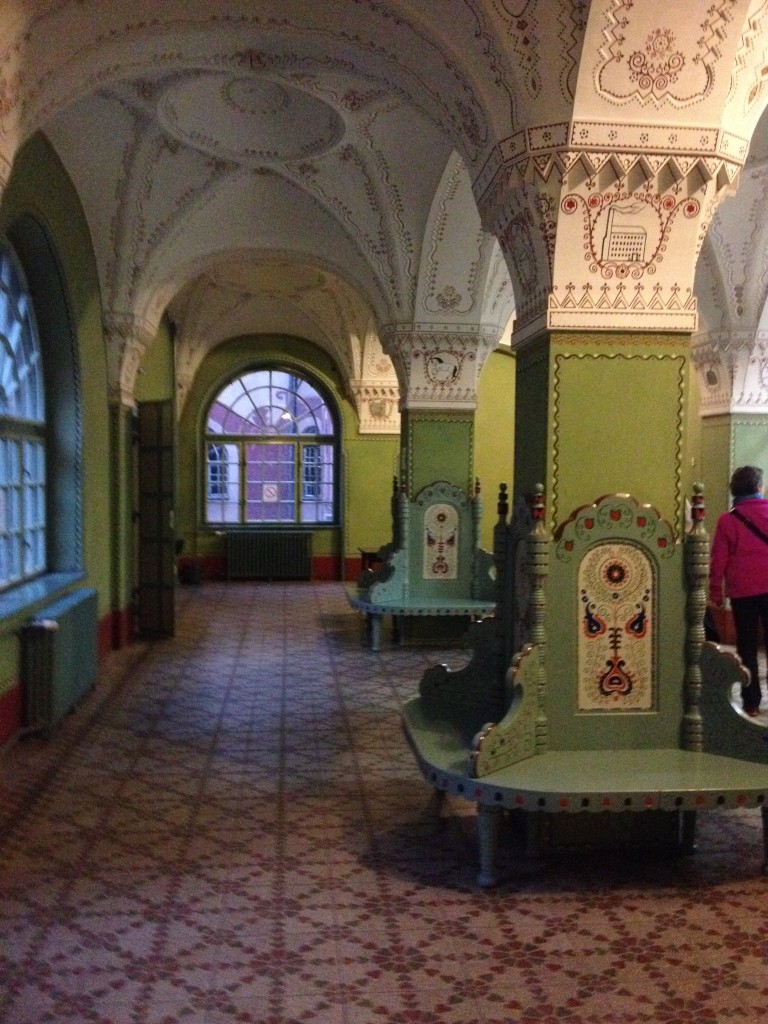 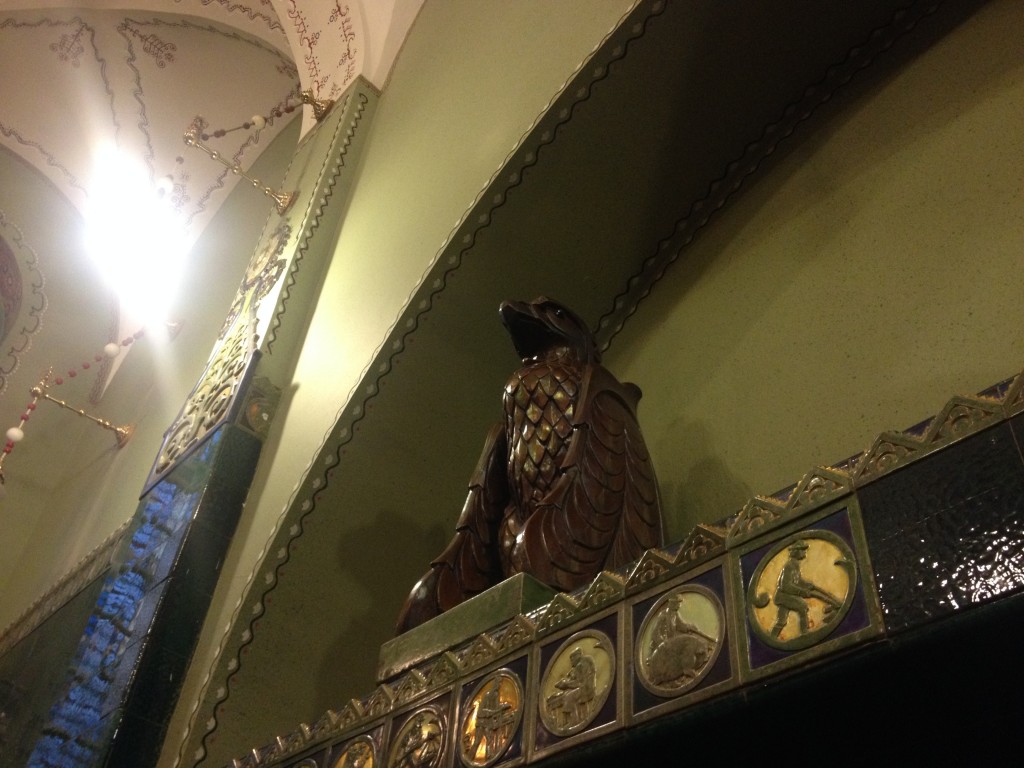 And this lovely view from the top of the tower with a spiral staircase that my fear of heights would very nearly not let me go up: 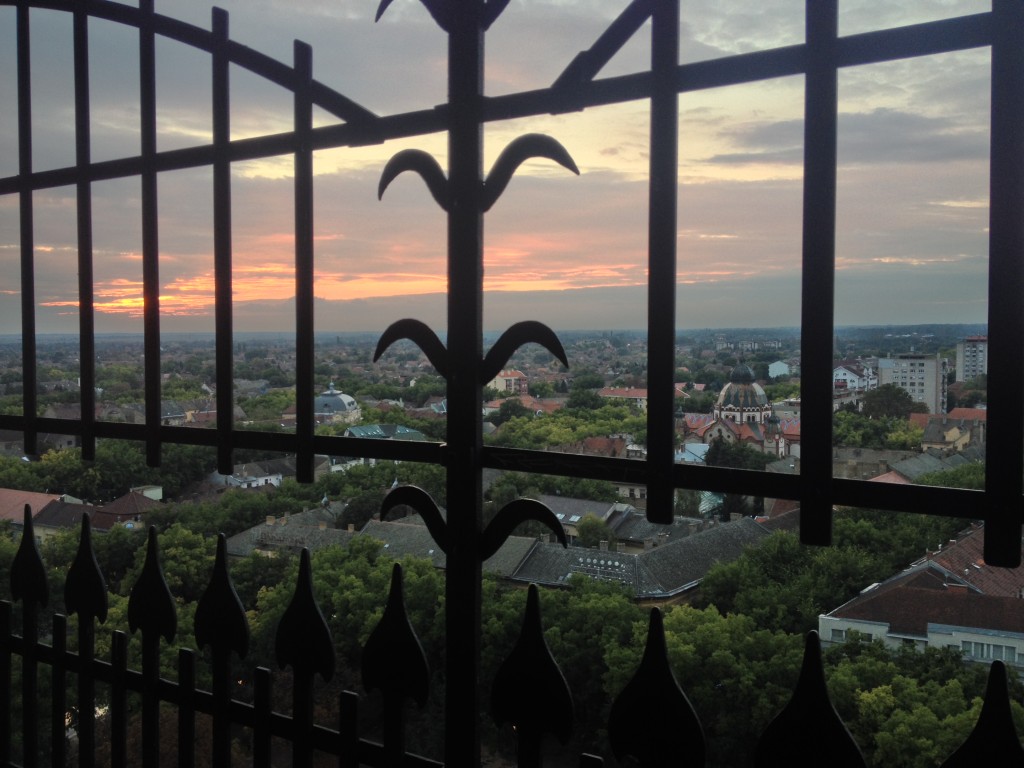 I didn't take a photo from the outside. Just Google it.

On the way up the tower we stopped to watch a group of young women and their parents attending some sort of function. There were snacks... and talking... and pews to sit in... Serbian Girl Scouts maybe? Until I learn more I'll just assume that's what it was.

When we were coming back down from the tower and I rounded the corner I heard the girls singing and recognized a very familiar melody. It was Tavaszi szél vizet áraszt! The guide started to explain how Freddie Mercury had sung this song with Queen when they played in Budapest and how he had to write the lyrics on his hand, bringing my dad full-circle.

Nothing in this universe is so random.

Listen to the last bit of the song as I was able to capture it: