I came across this an today about an underground rock venue in Penang, Malaysia called Soundmaker that's also a recording studio (Seems like a great topic for Tape Op. Hmm!). It was quite cool and worth a read. I was disappointed that I hadn't been aware of it when I was there last October — I literally walked by that place a few times and a had no idea!

What I was reminded of however were the random concert I was treated to somewhere in the middle of Georgetown: 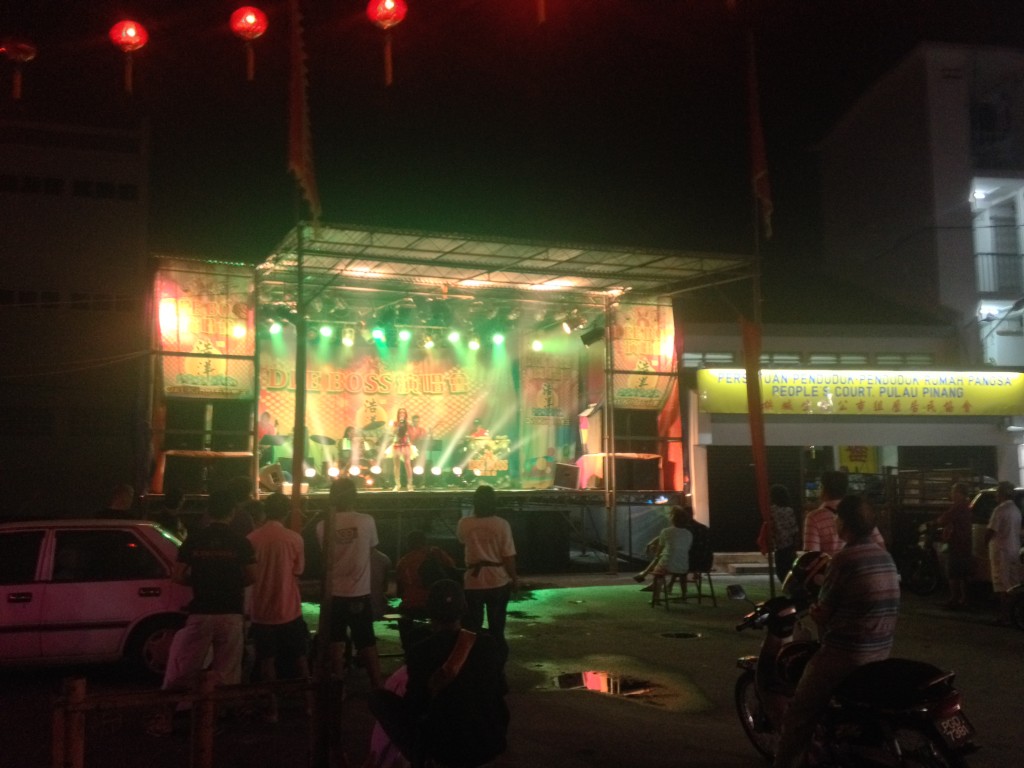 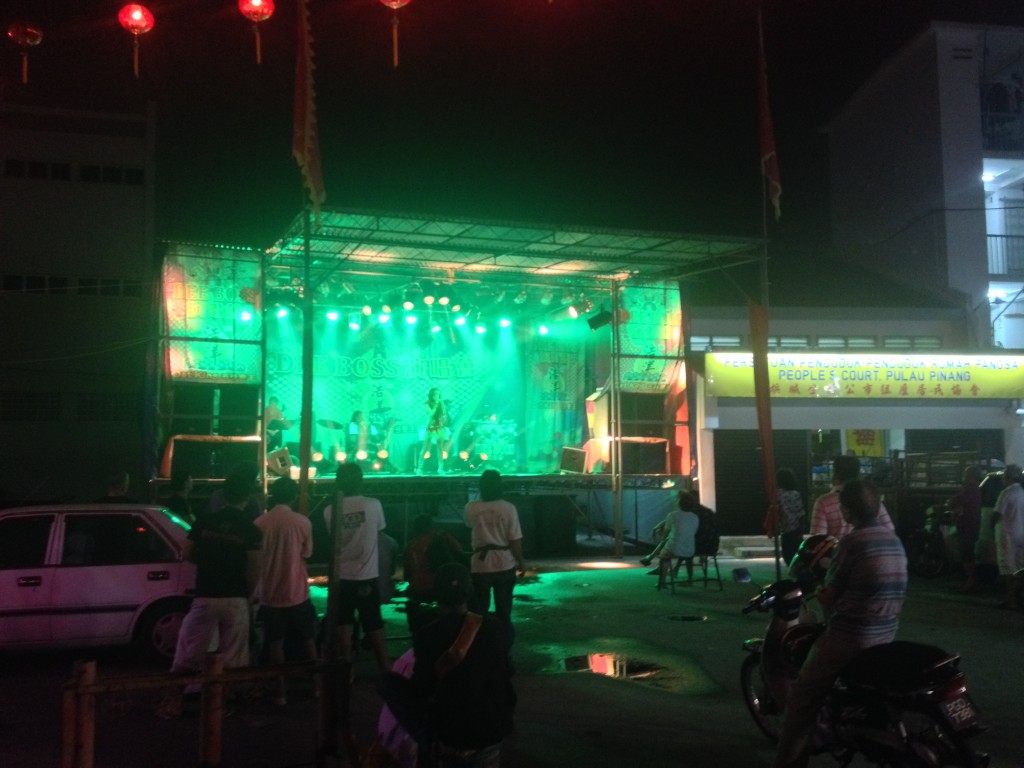 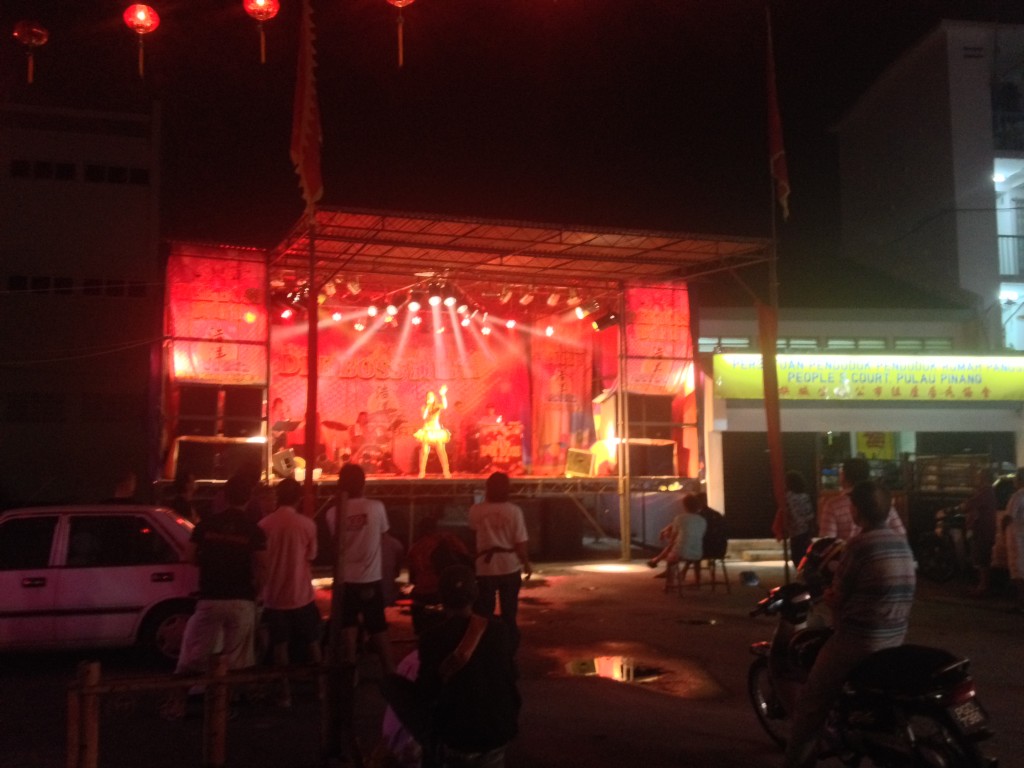 I remember it was raining, the crowd was small (That's seriously most of it in the shot) and off to the side there were lots of shrines and incense: 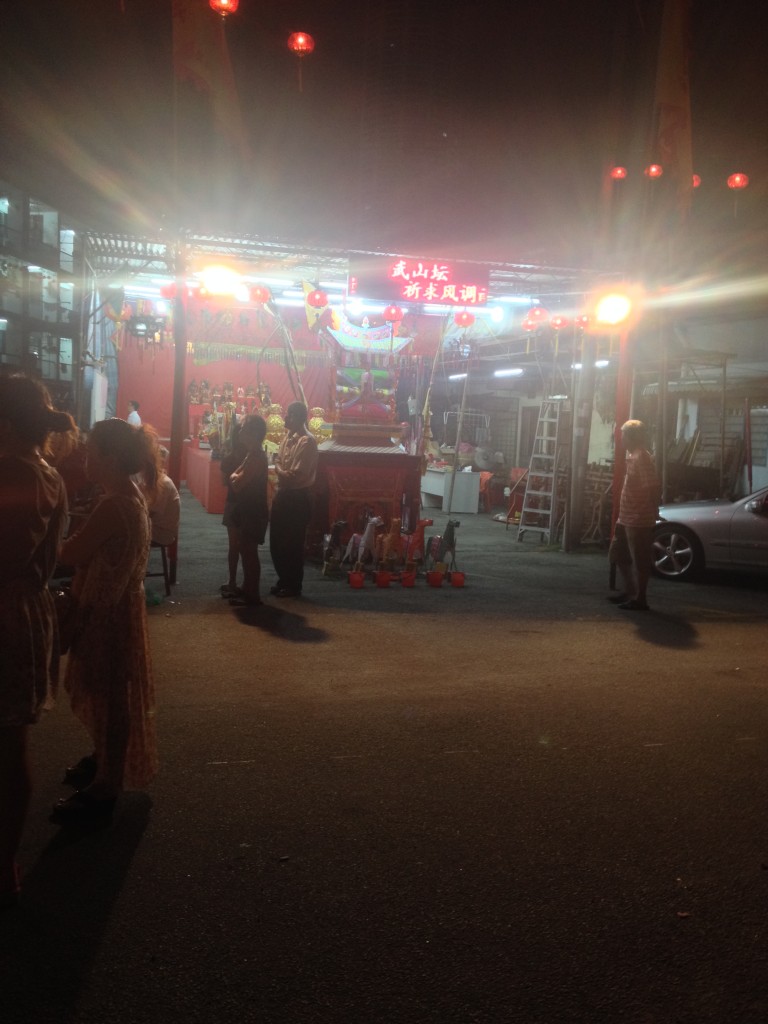 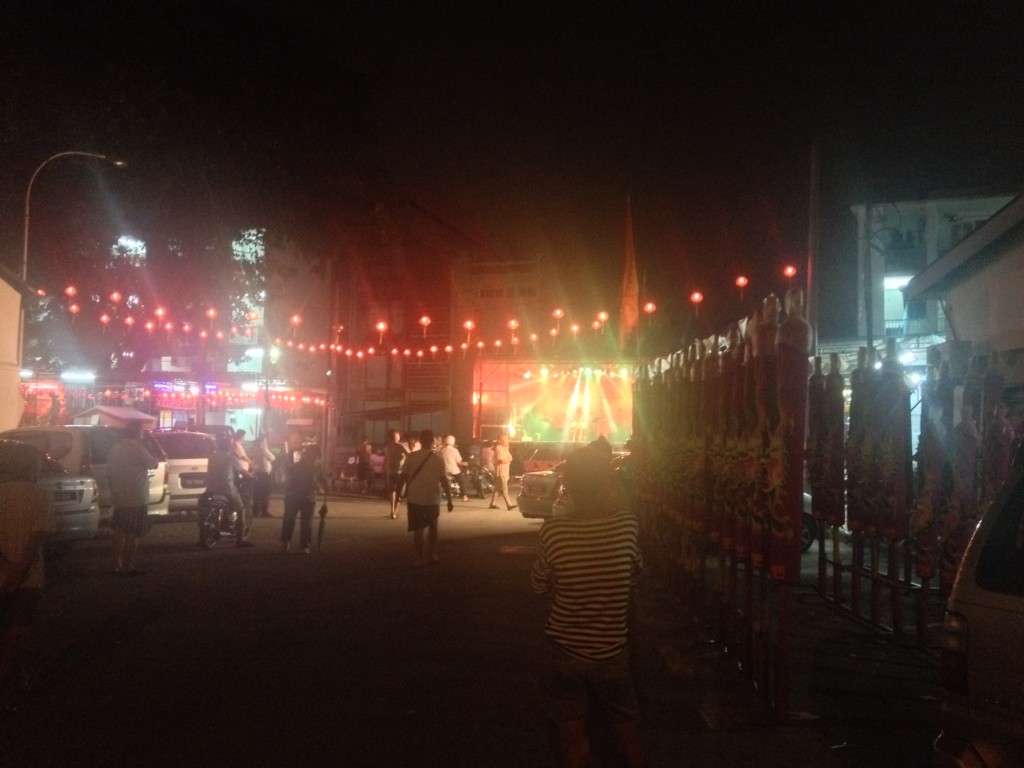 The music was very energetic, synth-pop of some variety, high on the theatrics. The lights constantly changed colors and at one point the stage got completely hidden by a smoke machine. The woman leading the group ran around the stage doing high kicks, but in an odd, disaffected way. I couldn't tell if it seemed like she was simply going through the motions because it was raining and the crowd was so small or if that was somehow part of the aesthetic... I was never sure of a lot of things in Asia.

Another thing I was equally unsure of: the language she was singing in. K-pop? J-pop? I have no idea and this was well into the point in the year where I'd mostly thrown my hands in the air at attempting to properly learn other languages. Malaysia is a melting pot of culture & language in a way I'd never fully realized before visiting and high on my list for a possible return someday because of this. You could walk across Georgetown and pass through Islamic districts, Chinatowns, the Indian district and likely other areas I wasn't even aware of.

And here's the one song they played where I did recognize the language:

It was my American duty to stand and salute at the end of Joan Jett songs when in foreign lands.