Short and simple today, as it's Monday and there's too much to do.

This little bridge leads into Zapaden Park in Sofia, Bulgaria: 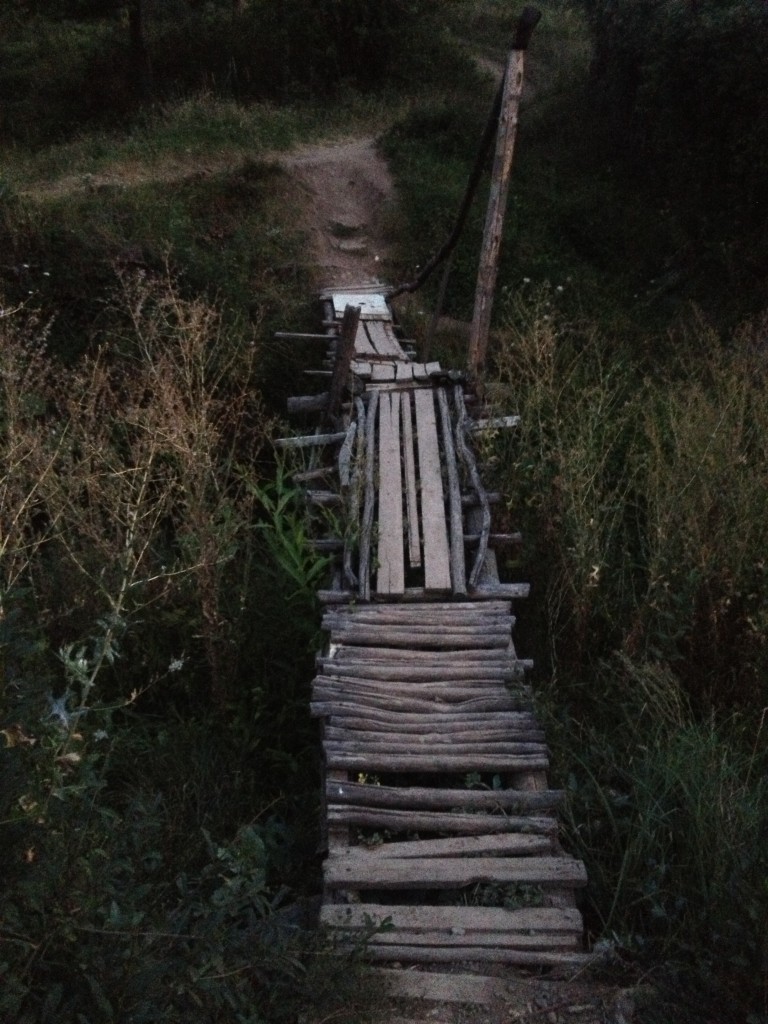 It's hardly the sanctioned entrance, but it was the closest one to the place I was staying — an odd little studio by the aptly named Zapaden Park Metro Station, which weirdly enough is the only thing that seems to pop-up on Wikipedia when you search for Zapaden park on Google ((Here it is on Google Maps. See? Not small!)).

Bulgaria was a reflective, tricky time in my trip. I was eight months into my travels and the emotional fatigue and difficulty were beginning to set-in. South America had been all adventure and new, Iceland was a completely foreign climate, Western Europe seemed like a rite of passage for all international travelers at some point and entering and emerging from Africa, even if for a relatively brief stint, was an emotionally exhausting — and tremendously rewarding — paradigm shift. Bulgaria came after Greece and was what I thought would be my last stop in Balkans ((I'd unexpectedly return to the Balkans later when I visited Serbia, for a weekend, to meet long-lost family members — a story that's probably worth a word or two.)) before heading off to Turkey.

There were challenges back home that made the time here tricky, and it didn't really help my mood much that many of the surrounding buildings looked like this: 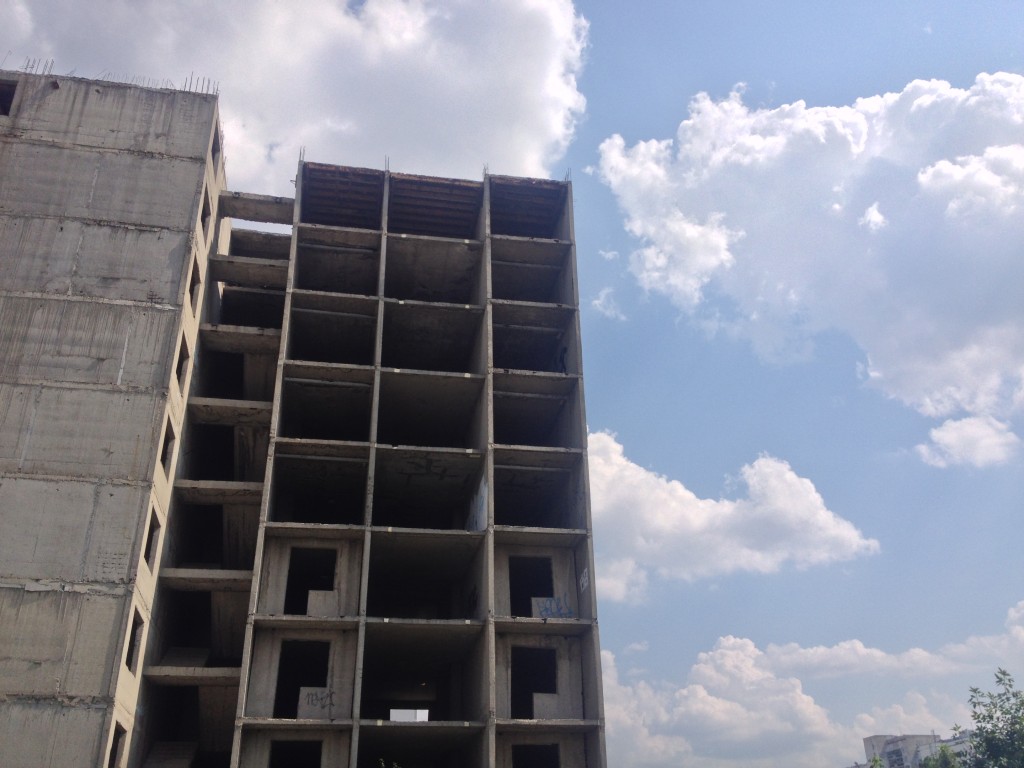 There was as post-Soviet malaise to everything in Sofia, or so I felt. The public art was all gray statues, cyrillic and guns. 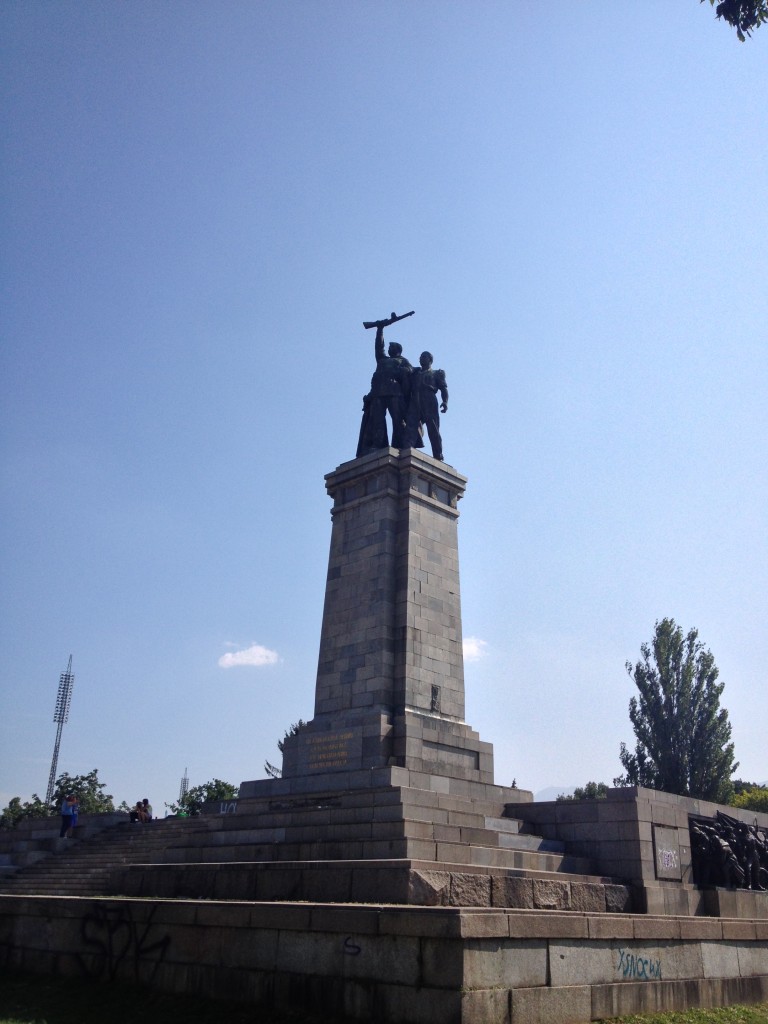 Or in some cases left in an intriguingly but still depressively unfinished  state: 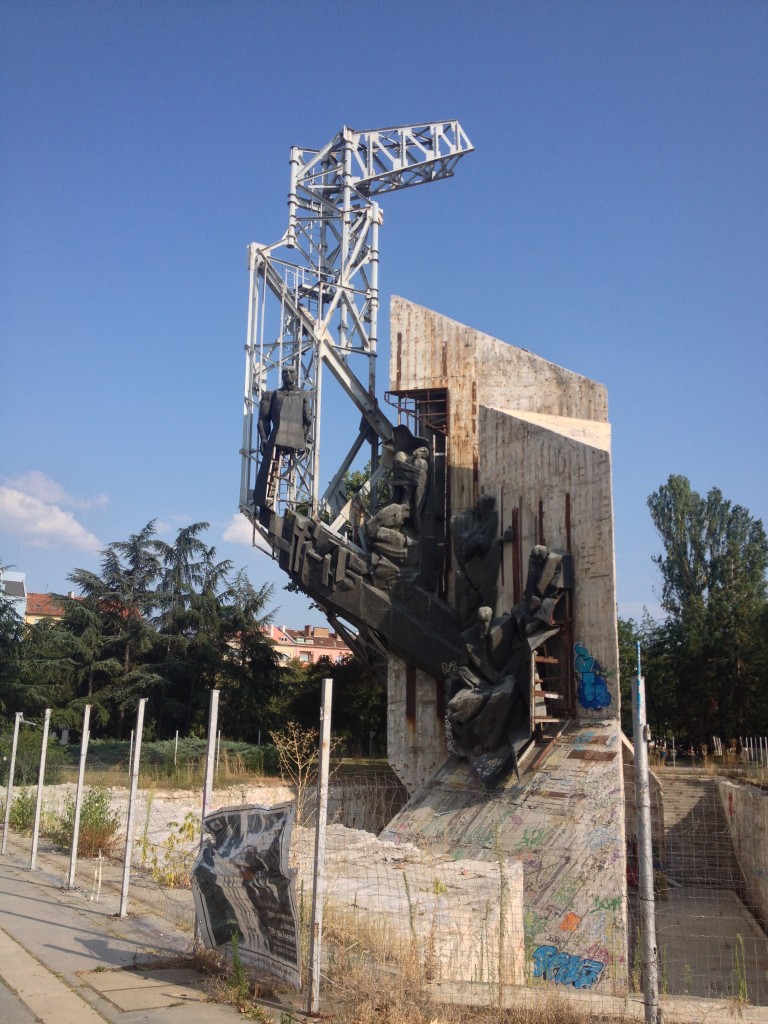 Because of this I spent as much time walking in nature and the woods as I could — even if that meant walking over rickety bridges near homeless/gypsy camps on the backside of Zapaden like in the photo at the top.

It was mid-August when I was there. This is always a magical time in Portland, weather-wise, and it was similar in Sofia as well. It was warm but a hint of a cooler autumn on the horizon. Nothing was not in bloom. The foliage was ripe; the greenest greens on display and every breath was a lungful of sweet, summer air. It's like that perfect banana on the kitchen counter that's only just started to turn.

So I walked here often. And ran on a few occasions. And took photos like these: 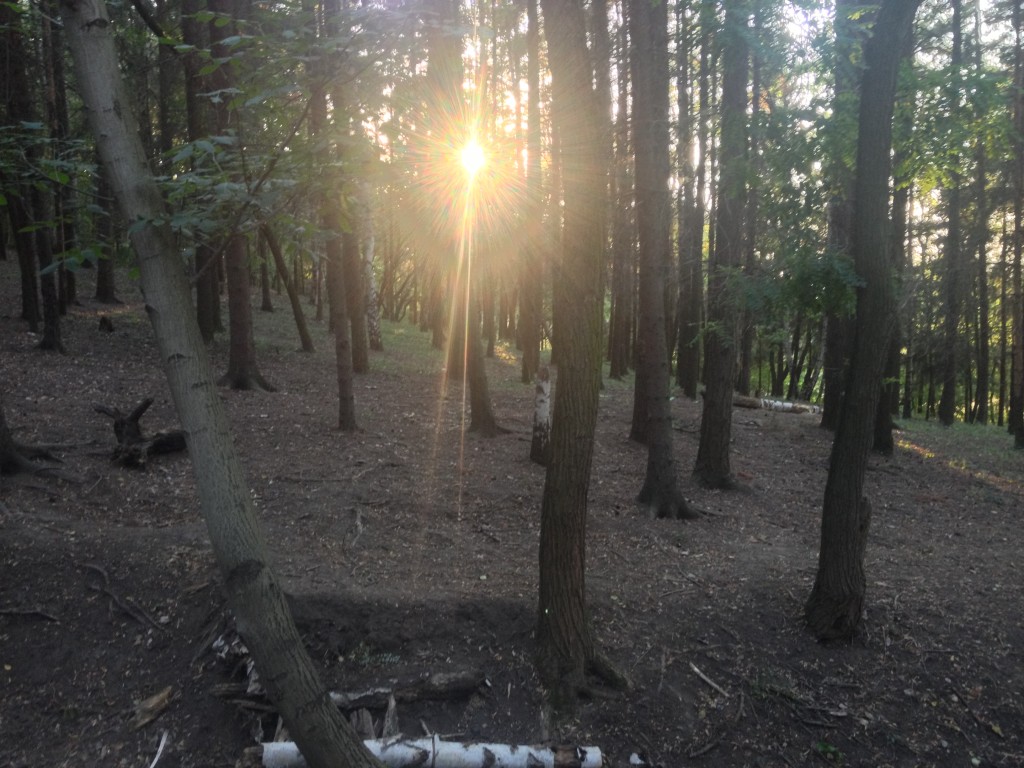 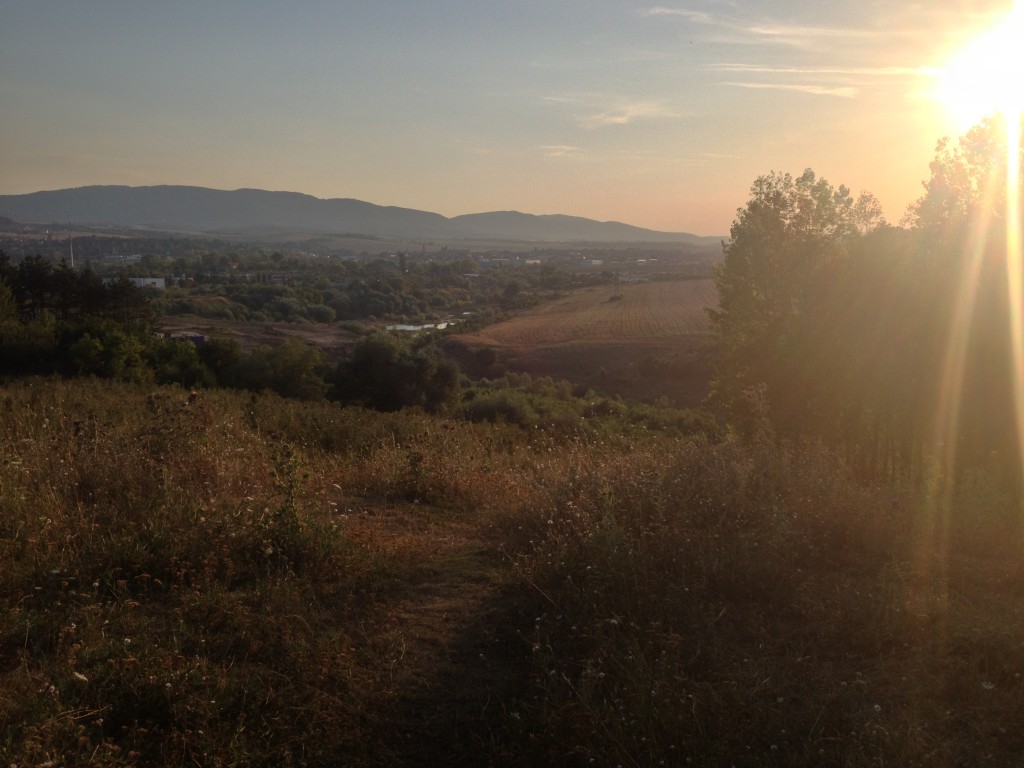 And even a blurry picture of the gypsy goat herd I accidentally stumbled across on one of my runs ((In retrospect taking this photo was... not my best idea. But I'd already been robbed and gone dancing in nightclubs on the outskirts of Nairobi until 7am by this point — my perception of risky behavior had been somewhat skewed.)): 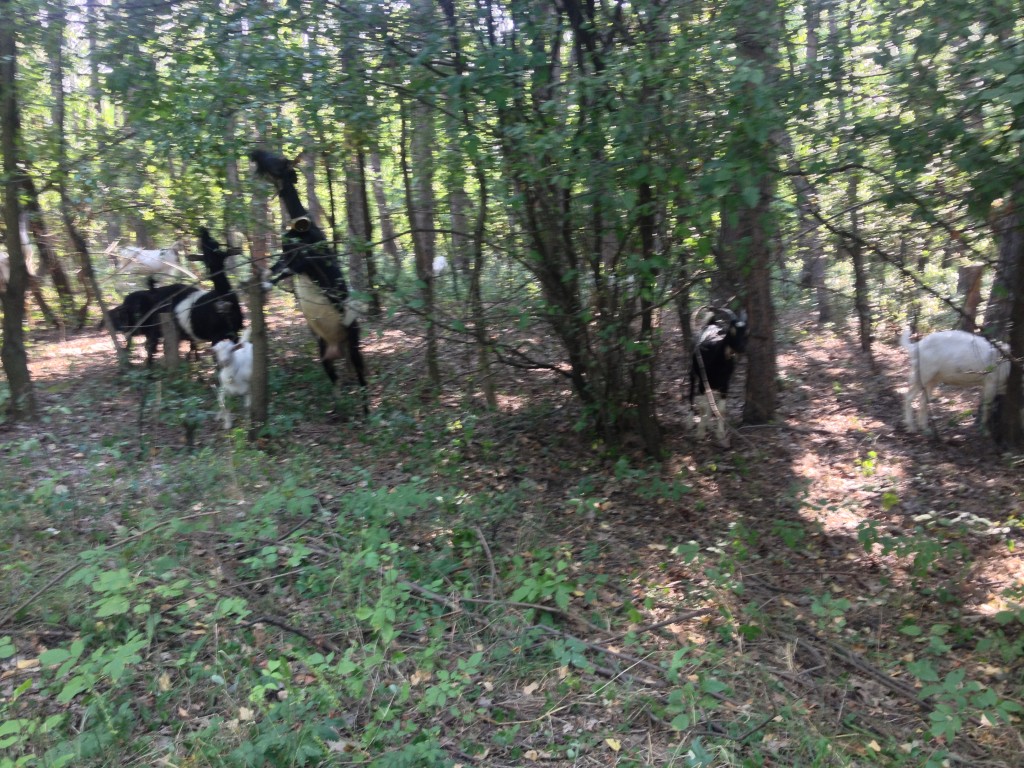 On one of my excursions into Zapaden Park though I stumbled across what used to be a large, brick building of some kind. I have no idea what it was or had been. Clearly it was not ancient but trees had already started grow in some of the cracks. It had been purposefully demolished but there were no signs — Bulgarian, English or otherwise — that provided any hint as to what it was or whether or not I should even be there. 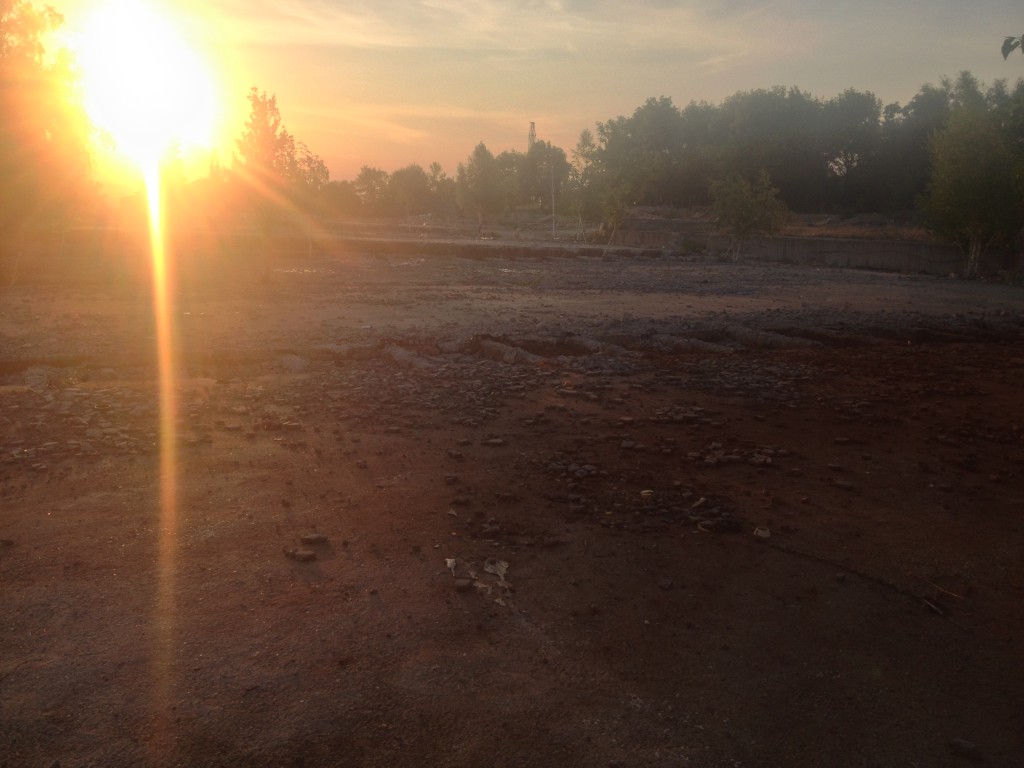 The road that had led to the place was paved but uncared for. Later I would consult Google for hints but could not find anything.

I stood there while the sun set but a small pack of stray dogs started giving me attention that made me a little uneasy. So I left.